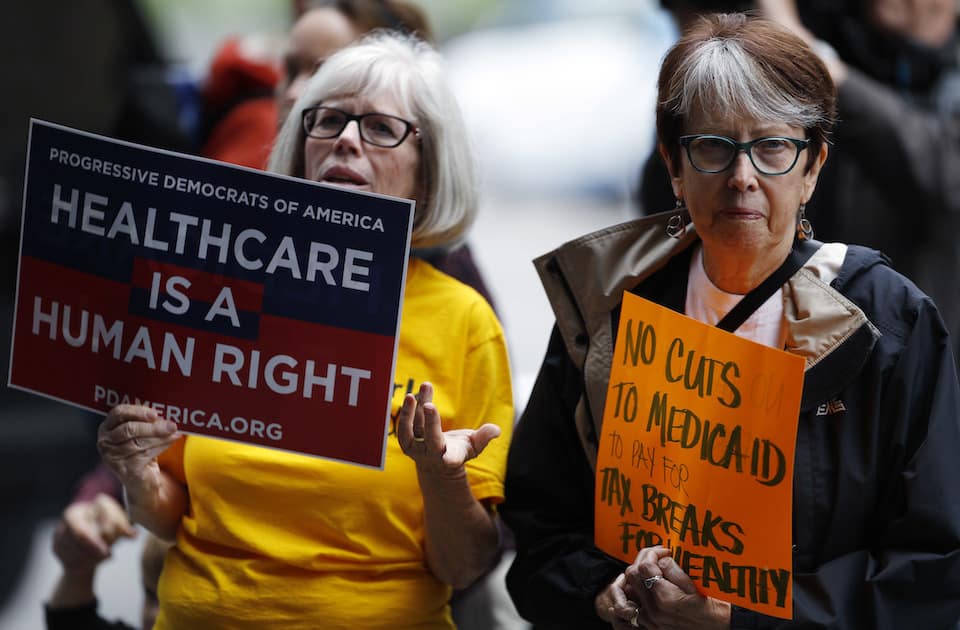 The writing is on the wall for GOP senators. Whether or not they choose to read it — and to attempt to save their own jobs — remains to be seen.

Recent polling sends a strong, unequivocal message to Republican senators in swing states: If you vote to repeal the Affordable Care Act, you will likely face serious consequences in your next re-election bid.

Such significant, consistent repudiation of a single legislative action is notable within a political climate highly polarized on almost every other issue.

And it is particularly of note for the GOP: In all three of those states, Republican senators are running for re-election in 2020.

And adding to the uncertainty of their bids, all three senators were elected in 2014 to seats previously held by Democrats.

Three first term Republican senators up for re-election. All in seats previously filled by Democratic senators. All in states with large margins of disapproval for repealing the ACA.

And these three Republicans have another crucial thing in common: They are facing powerful local resistance movements.

In Colorado, protesters, including women and children, some of whom are disabled, withstood attempts by Gardner's staff to overheat them out of his Colorado Springs office. And at Gardner's Denver office, disabled constituents performed a three day sit-in before the protesters in wheelchairs were arrested and removed, with their hands and feet were zip-tied.

In Iowa, a 62-year-old pig farmer confronted his elected Republican lawmaker at a town-hall by saying repealing the ACA would create "one great big death panel."

In North Carolina, the Reverend William Barber leads "Moral Monday" actions every week "to raise and expose the kind of hell that poor people and disabled people and older people will go through if this kind of unjust law is passed."

Finally, and most critically, in all three states, voters overwhelmingly said they were less likely to support the incumbent Republican senators in 2020 if they voted to repeal the ACA.

The writing is on the wall for GOP senators. Whether or not they will choose to read it — and to attempt to save their own jobs — remains to be seen.