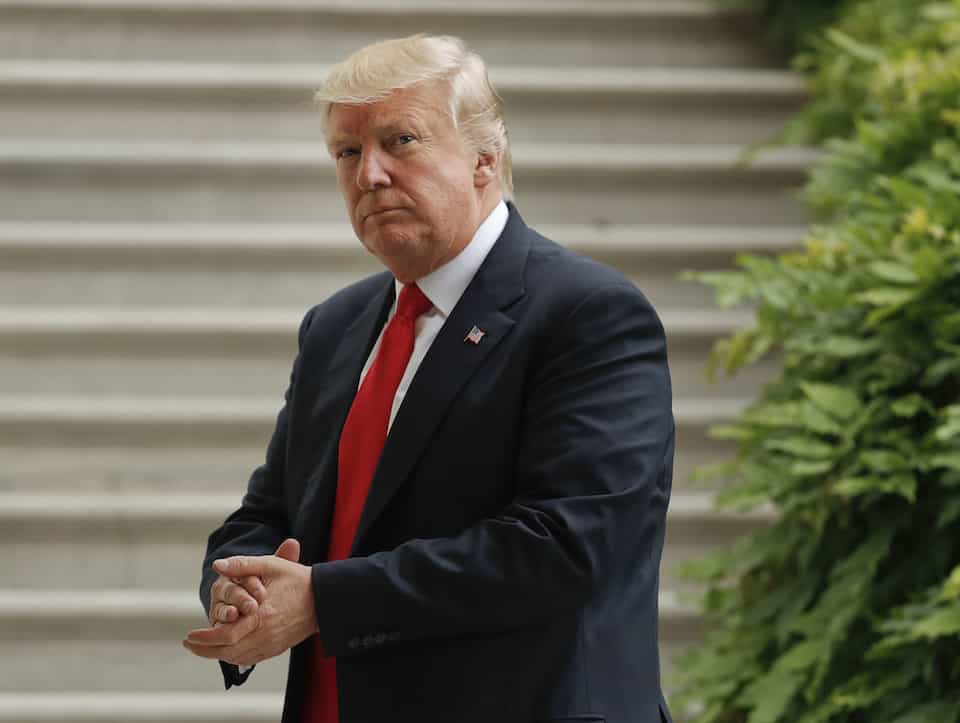 The Comey testimony, when matched up to contemporaneous events, also shows other events further connecting Trump to the Russia investigation working in tandem with the pressure campaign Trump exacted on Comey.

Acting Attorney General Sally Yates had the second in a series of meetings with White House Counsel Don McGahn regarding Flynn's lies about his contact with Russia. Yates was concerned that, because of his deception, Flynn — who as National Security Adviser had access to classified material — was open to being compromised by Russian intelligence, and was a security risk.

That same night, Comey had dinner with Trump in the Green Room at the White House. Comey writes that Trump asked him "whether I wanted to stay on as FBI Director" and said, "I need loyalty, I expect loyalty." Trump told Comey he was considering ordering him to investigate the contents of the dossier of "salacious" material that had been put together by a British investigator.

Flynn was fired the night of the 13th, and it was announced on the 14th.

During Comey's previously scheduled meeting at the White House, Trump cleared the room and told the other attendees "he wanted to speak to me alone," according to Comey's statement. Trump told him, "I want to talk about Mike Flynn," later saying, "I hope you can see your way clear to letting this go, to letting Flynn go. He is a good guy. I hope you can let this go."

Comey wrote that the comment "was very concerning, given the FBI's role as an independent investigative agency." He added, "The FBI leadership team agreed with me that it was important not to infect the investigative team with the President's request."

Later that day, Comey met with Attorney General Jeff Sessions: "I took the opportunity to implore the Attorney General to prevent any future direct communication between the President and me."

Comey writes that Trump called him in the morning and "described the Russia investigation as 'a cloud' that was impairing his ability to act on behalf of the country." Trump then "asked what we could do to 'lift the cloud.'"

Later in the discussion, Trump complained that Comey had confirmed in congressional testimony that the FBI was investigating the connection between Russia and the Trump campaign.

Comey said he told Trump that he had confirmed to congressional leadership that Trump was not personally being investigated, and Trump "repeatedly told me, 'We need to get that fact out.'"

On the same day, the Senate Intelligence Committee heard testimony from cyber expert Clint Watts who said that Trump had used Russian "active measures" techniques against his political opponents.

Another expert, Dr. Thomas Rid, testified that as a result of the Russian hack on the Democratic National Committee and the dissemination of stolen Clinton emails, Wikileaks, Twitter, and the media had acted as "unwitting agents" of the Russian government.

The day before, amidst reporting that Russia had advance knowledge of Syria's plan to use chemical weapons, the Trump administration abruptly changed a briefing about Russia from a quotable "background" briefing to an "off-the-record" meeting.

Then, in a media appearance on the 11th, Trump refused to answer questions about Russian President Vladimir Putin, folding his arms in displeasure when the press asked him anyway.

Trump then had his final meeting with Comey, during which, according to Comey's statement, he inquired as to "what I had done about his request that I 'get out' that he is not personally under investigation."

Trump then reportedly told him, "I have been very loyal to you, very loyal; we had that thing you know."

On May 9th, Trump fired Comey.

Two days later, in an interview with NBC's Lester Holt, Trump said that when he fired Comey, "I said to myself, I said, ‘You know, this Russia thing with Trump and Russia is a made-up story, it’s an excuse by the Democrats for having lost an election.’"

Trump may want the public to believe that it's a "made-up story," but his own actions and obvious consternation, as well as the insistent pressure he exerted on Comey, belie his dismissal of the matter.