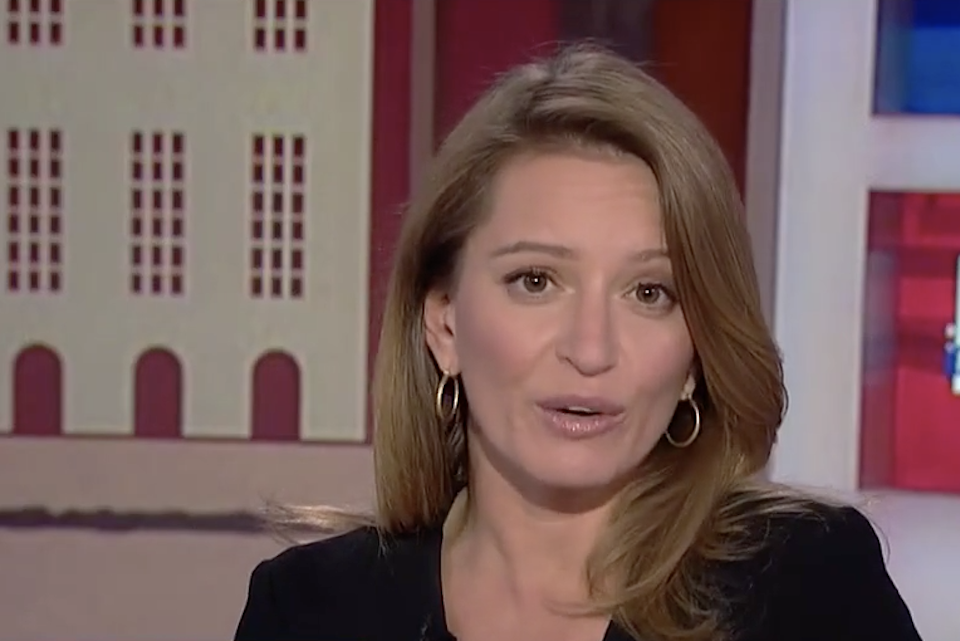 Will the GOP stand with the Constitution or with Trump?

MSNBC anchor Katy Tur posed the question many Americans have been asking about the GOP: "Whose side are they going to be on" if Donald Trump fires special counsel Robert Mueller?

Trump already fired the FBI director in charge of investigating his ties to Russia. And he has repeatedly attempted to undermine Mueller's legitimacy, threatened to fire him, and had Mueller's investigative team investigated.

So far, the leaders of the Republican Party have cravenly stood behind Trump while he did so.

Trump's contempt for the rule of law is clear. That alone should be enough for Republican leadership to take a stand, but it has not been. Would that change if Trump were to fire Mueller too?

Noting the "uncharted waters" we are in, Tur outlined the scenario:

TUR: Here we are, once again, in totally uncharted waters. If — and, yes, it is a big "if" — but if the president is serious about threatening Mueller's investigation, and if he's serious about rendering Mueller powerless by pardoning anyone implicated, and if his communications chief is going to encourage this president's brash impulses, then what real consequences will he face?

What would the Republican Congress do, if anything? And if we're veering towards a Constitutional crisis that pits Mueller against Trump, whose side are they going to be on?

As Tur notes, if Trump were to fire Mueller and if the GOP lawmakers in Congress refused to hold him accountable for doing so, the United States would be facing a constitutional crisis by many assessments.

Nonetheless, Republican senators and representatives have so far used only mealy-mouth terms like "a terrible idea," "a mistake," and "unwise" to describe the possibility of Trump firing the special counsel. Many GOP leaders have avoided answering the question all together, instead falling back on an obviously party-crafted talking point of "letting" or "allowing" Mueller to "do his job."

Democratic Sen. Ron Wyden called on them to take a much tougher stand, tweeting, "Every senator needs to be on the record now that it's unacceptable to fire Mueller. NOW."

Thus far, they have not done so.

The American people deserve to know the answer to the critical question of whose side Republicans will be on: Trump or the Constitution?