Home National No matter what happens, at least we are done with Paul Ryan
Support progressive journalism.
Donate today 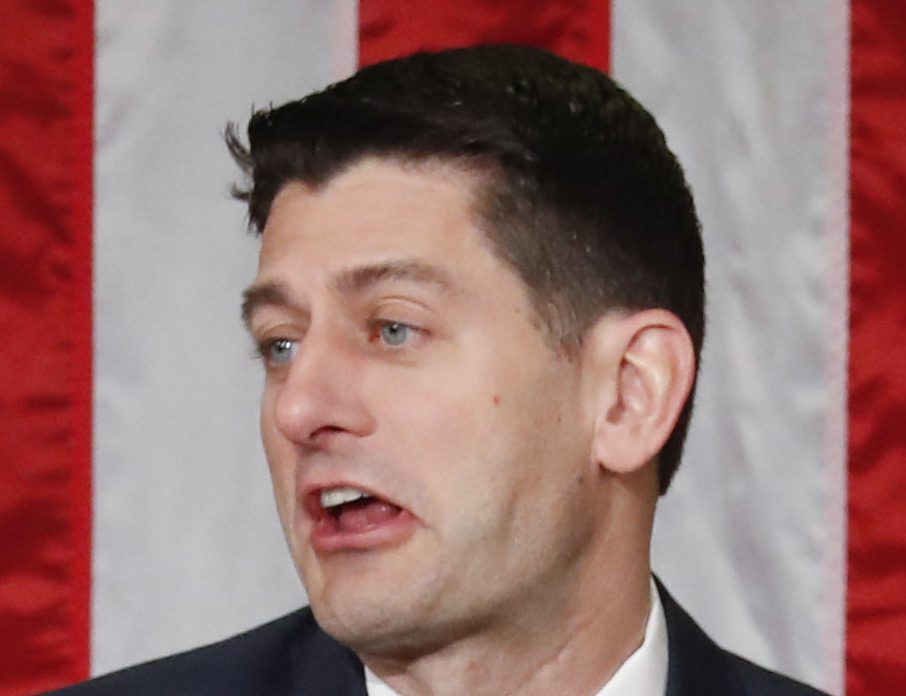 Regardless of the results on Election Day, America will finally be free of the failed 'leadership' of Republican Paul Ryan.

Ryan once had huge political aspirations. He joined Mitt Romney's train wreck presidential ticket in 2012, ostensibly to lend some of his far-far-right credibility to the tanking campaign. That didn't work.

In 2015, Ryan reluctantly accepted the role of House speaker, after Ohio Republican John Boehner was run out of town by the nihilist wing of the Republican Party, the uber-conservative House Freedom Caucus — and House Republicans exhausted their admittedly small list of other options.

California's Kevin McCarthy was next in line, but his flirtation with getting the gavel was short-lived and ended in a swirl of scandalous rumors and criticism from the far-right.

Oh, plus this guy:

Ryan's so-called leadership has been a disaster from day one. The far-right extremists in Congress never trusted him, and Ryan learned the hard way that actually getting stuff done was not as easy as former Speaker Nancy Pelosi — the most effective speaker in the modern era — made it look.

And then Ryan had to contend with Trump. From the very beginning of Trump's presidential campaign, when he called Mexicans rapists, Ryan has tried to pretend Trump simply does not exist. He has dodged questions about Trump's unending stream of racist, sexist, xenophobic bile, absurdly claiming he hasn't seen that tweet, isn't familiar with that quote, not aware of that story.

Not that Ryan cared as long as he could finally accomplish his agenda, with full Republican control of the White House and both chambers of Congress. But even that proved too difficult for the woefully inadequate and ineffective Ryan.

The one vow every single Republican has made to voters since the Affordable Care Act was passed is that if Republicans were in control they would repeal and replace it.

Instead, Ryan's singular "achievement" as House speaker is ramming through last year's tax scam. But even that has turned into an embarrassing and catastrophic failure.

In February, Ryan and his fellow Republicans still foolishly believed they would be able to tout their tax scam as a reason to maintain power in November. But Ryan managed to bury that argument six feet under ground when he infamously boasted that a high school secretary had seen a whopping $1.50 added to her weekly paycheck after the tax scam was enacted. That, according to Ryan, was somehow proof that the trillion dollar giveaway to corporations and millionaires was working for regular Americans.

It was a far cry from the "thousands" of dollars Republicans had promised middle America would be seeing. Ryan's boast was so widely mocked that he deleted the tweet.

The secretary, Julia Ketchum, called out Ryan for bragging about such a minimal increase while the millionaires and billionaires of America benefitted so greatly from the tax scam.

And it didn't take long after that for Republicans to stop talking about their tax bill and revert to the most classic of Republican playbooks: bad old-fashioned racism to rile up the right-wing base.

Meanwhile, Ryan sat back and watched it happen, just as he watched Trump take over his party and infect his toxic brand of in-your-face bigotry. As Trump spent the final weeks of the 2018 campaign turning his racism — and his lies — up to 11, Ryan still did nothing.

It was not until the Sunday before Election Day that Ryan reportedly picked up the phone and suggested that the leader of his party should focus on Ryan's beloved tax cuts instead of screeching hysterically about a non-existent "invasion" from the south.

As has been the case throughout Ryan's short speakership, he failed.

We don't know what will happen on Election Day. Maybe Democrats will take back the House and put the speaker's gavel back in Pelosi's hands, where it belongs. Or maybe the already-failed-once McCarthy will finally get the gig, and Republicans, including Trump, will pretend they didn't scoff at the idea just three years ago.

But whatever the result, we will finally be free of Ryan, the utterly failed leader who never once showed the moral courage to stand up to the temper-tantrum-throwing Trump — and to stand for the American people.