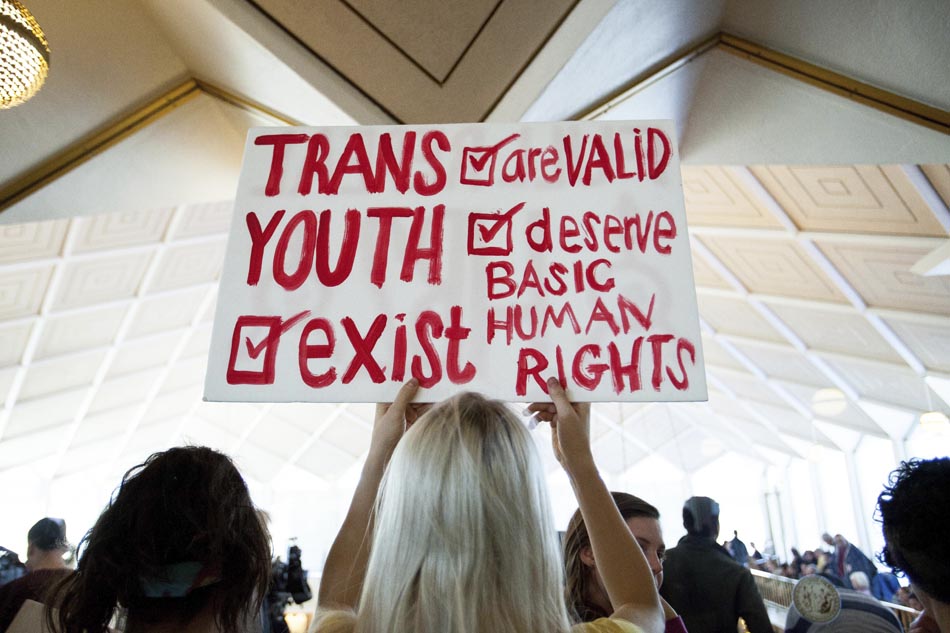 (AP Photo/Ben McKeown)
Get The American Independent in your inbox

Despite a factious and strained split government, under their new Democratic Governor-elect, North Carolina is poised to repeal the anti-transgender "bathroom bill" passed earlier this year. Such a repeal was only possible with a change in the governorship, with the forceful advocacy of the state's largest city, and with the tireless efforts of trans activists and their allies.

Controversy is heating up in the Tar Heel state as the city of Charlotte, N.C., and the lame-duck Republican governor, Pat McCrory, are once again at odds. Throughout 2016, the municipal government in Charlotte has been sparring with the governor, refusing to rescue him from an economic and public relations disaster of his own making.

To understand how we got to this point, we have to go back to February of 2016. Charlotte, like many other cities around the United States, passed an ordinance specifically protecting transgender residents' right to use the public restroom corresponding to their gender. That is: If you are a woman, you are allowed to use the women's restroom.

McCrory and his Republican cohort in the General Assembly viewed this move as an affirmation of transgender identity, which it was, and a threat to conservative values, which it was not. In March, McCrory called a special session of the legislature with the express purpose of passing a new bill to override Charlotte — HB2 or, as it is widely known now, "the bathroom bill."

This law overrode the city ordinances in Charlotte and deemed it illegal for transgender people to use the bathroom matching their gender, unless they had taken the legal steps necessary to change their sex designation on legal documents.

McCrory began to realize he may have made a huge mistake in signing the bill into law. Major businesses pulled out of the state. The NCAA promised to pull games. HB2 was wreaking havoc on the state economy, and McCrory's approval ratings were dropping.

In May, McCrory offered Charlotte a deal: Repeal your ordinance, and I'll call another emergency session to consider repealing HB2. Charlotte refused to take the deal, both at that time and in September when it was offered again, because they felt it would only help the governor politically and not improve the situation for their residents.

But now everything is catching up to McCrory. He lost his bid for re-election in a deeply contentious race. Despite his quick work in disempowering the incoming Democratic governor, Roy Cooper, by restricting his executive powers, the city of Charlotte has now called in his debt. On December 19th, the city council voted to repeal their city ordinance 10-0, thus forcing McCrory to hold up his end of the bargain.

Though McCrory subsequently blamed "the political left" for making the issue "all about politics at the expense of Charlotte and the entire state of North Carolina," he did follow through on his promise that "if the Charlotte ordinance was repealed, I would call our General Assembly into a Special Session to reconsider existing state legislation passed earlier this year."

The General Assembly will, in all likelihood, repeal HB2 when they convene on December 21st. Cooper has been putting together the votes for a repeal and worked closely with Charlotte Mayor Jennifer Roberts in making this emergency repeal happen. Roberts commented: “We appreciate the governor-elect and his hard work. ... We have a change in our political climate. We have a split government.”

Once the repeal of HB2 goes through and Charlotte is free to act again, they plan on moving forward with protective ordinances again.

But many transgender citizens in Charlotte are understandably troubled by the way this deal had to be struck. Erica Lachowitz, a transgender woman in Charlotte, told the Los Angeles Times:

It’s a big blow. A lot of us, including myself, are very angry… It’s amazing how our rights get put up for debate in negotiation.

Bittersweet, this pill. ...[But], I feel like we have to take a step back to go forward at this point. ...I’m angry that it feels like my rights don’t matter, but at the same time, I know that if we don’t do this, nothing will move forward.

Lachowitz's poignant words are so important. Her rights, and those of the entire transgender community, should not be put up for debate, nor their lives treated like political footballs.

Despite the setbacks, as Charlotte and the state of North Carolina sort out this legislative quagmire, there is hope that, with Cooper as the new head of the state, transgender North Carolinians may have their rights restored and protected.