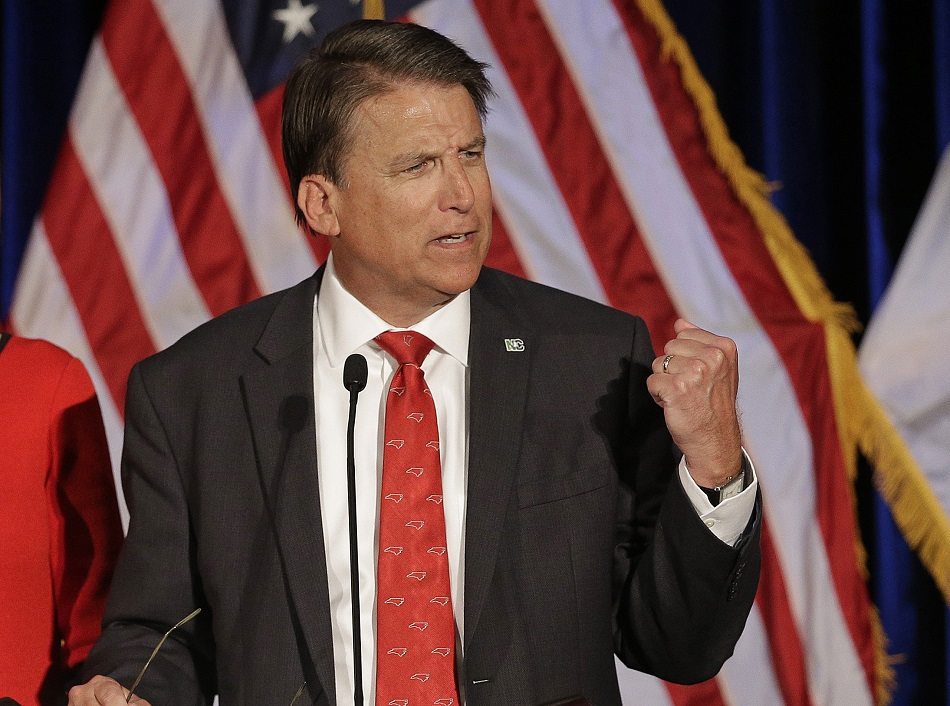 Former North Carolina Gov. Pat McCrory has announced his candidacy for the U.S. Senate seat currently held by the state's Republican Sen. Richard Burr, who said before the 2016 election that he would not run for reelection in 2022.

McCrory released a campaign ad on Wednesday in which he promises to thwart Democrats' plans, warning that the current 50-50 split between Democrats and Republicans in the Senate, where the vice president as president of the chamber has the tie-breaking vote, "puts Kamala Harris in charge, giving the left everything they wants to radically change America for generations to come."

He adds, "It's time we join together and take back the Senate from Kamala Harris."

Although he insists on his Washington "outsider" status, McCrory has plenty of experience in government.

In March 2016, as governor of North Carolina, he signed into law H.B. 2, the Public Facilities Privacy & Security Act, which barred transgender people from using bathrooms and other facilities corresponding with their gender and banned local governments from enacting LGBTQ nondiscrimination protections.

McCrory made the rounds of talk shows and defended the law after it was enacted, telling Fox News host Megyn Kelly, "It's a basic expectation of privacy that I hear from moms and dads and families that when their daughter or son goes into a facility, a restroom, they expect people of that gender, of that biological sex or gender, to be the only other ones in that. That's the expectation that we've had for many, many years."

During a discussion of transgender teen Gavin Grimm's lawsuit over separate bathroom facility use forced on him by his Virginia school, McCrory told NPR, "I think we're in a very, very uncharted-water situation. And we're changing the basic values that we've used in our schools for decades and decades. This is a major change in culture norms that, again, I disagree with the Civil Rights Division of the Obama administration. I think it was right for President Trump to question that directive and that authority coming out of the executive branch."

Analysts predicted a potentially huge economic impact on North Carolina as businesses reacted negatively to the passage of H.R. 2: The Associated Press suggested that it might might cost the state $3.76 billion in lost business over 12 years. In April 2016, PayPal decided not to go ahead with a new global operations center it had been planning for the state, costing it an estimated $2.66 billion in potential revenue along with 400 new jobs. PayPal stated, "Becoming an employer in North Carolina, where members of our teams will not have equal rights under the law, is simply untenable."

A canceled Ringo Starr concert would have provided a North Carolina town's theater with $33,000 in revenue, according to the Associated Press. The National Collegiate Athletic Association decided to take its championship tournament games out of the state. Deutsche Bank canceled a planned expansion that would have provided the state with 250 new jobs.

McCrory lost his bid for reelection in 2016 to Democrat Roy Cooper in 2016, and in 2017, North Carolina passed and Cooper signed H.B. 142, a compromise "act to reset" that repealed part of the law. Local governments would not be allowed to pass nondiscrimination ordinances until December 2020, but  the requirements that transgender people use the restroom according to the gender marker on their birth certificate were eliminated.

However, it wasn't clear whether the new law provided transgender people with any protections if they used the bathroom of their gender.

Civil rights advocates condemned H.B. 142. Simone Bell, director of Lambda Legal's Southern regional office, said, "This is not a repeal of HB 2. Instead, they're reinforcing the worst aspects of the law. North Carolina lawmakers should be ashamed of this backroom deal that continues to play politics with the lives of LGBT North Carolinians."

After the passage of H.B. 142, the NCAA decided to bring its events back to the state.