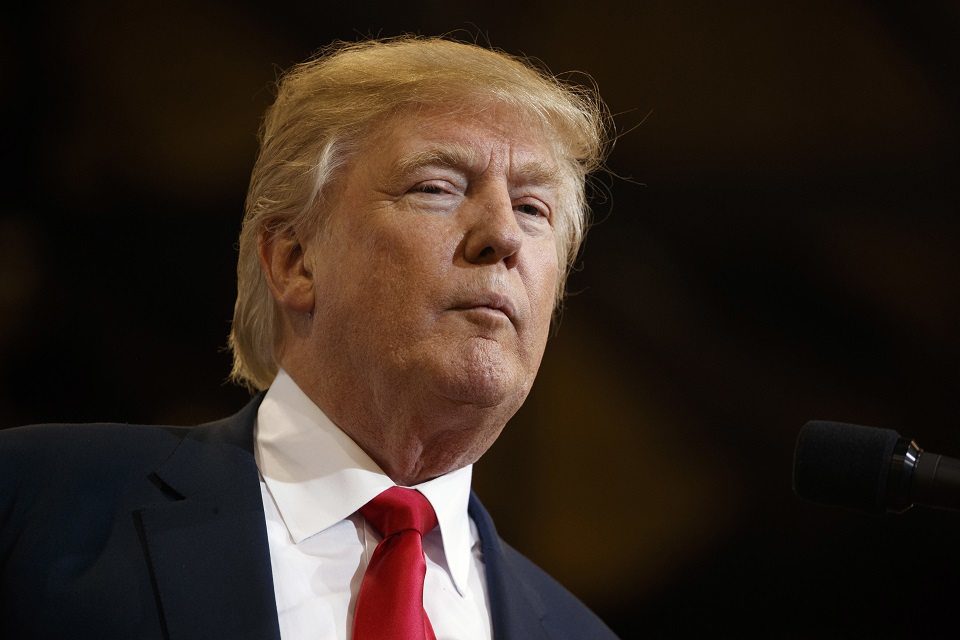 China approved Donald Trump's requests for a valuable trademark only after he was elected, raising questions about corruption and violation of the Constitution.

After more than a decade of effort by Donald Trump to trademark the Trump brand in China, the Chinese government granted Trump's request for a trademark on February 15, 2017. While Trump already has some trademarks in China, this particular one is related to Trump's most profitable area of business — real estate, including building and construction services.

China is the largest market for luxury goods and therefore a prime location to engage in construction of luxury properties. As such, granting the trademark could be seen as constituting a valuable gift to the Trump organization.

In addition to opening up the possibility for the Trump's business to pursue construction projects in China, the possession of the trademark will give Trump a stronger case when he goes after the other 225 "Trump" trademarks in China not owned by him, which cover everything from condoms to pesticides to toilets.

Notably, following his election, Trump caused an international incident when he broke with 40 years of United States policy and spoke directly by phone with the Taiwanese President Tsai Ing-wen. Because mainland China does not recognize the island of Taiwan as a separate nation, the U.S. has had what is known as the "One China" policy for decades. Maintaining the One China policy involves delicate diplomatic language, protocol, and use of back-channeling for communications with Taiwan to ensure that the U.S. maintains peaceful relations with both countries and that U.S. firms will be allowed access to markets in both.

The day after Trump talked with the Taiwanese leader, the government of China lodged a formal complaint with the Obama Administration. However, Trump again escalated the situation by tweeting out hostile rhetoric about China:

Did China ask us if it was OK to devalue their currency (making it hard for our companies to compete), heavily tax our products going into..

their country (the U.S. doesn't tax them) or to build a massive military complex in the middle of the South China Sea? I don't think so!

He continued this escalation during an interview with Fox News when he called into question four decades of U.S. foreign policy, saying, "I don't want China dictating to me...I don't know why we have to be bound by a one China policy unless we make a deal with China having to do with other things, including trade."

The Chinese government responded in a statement:

Adhering to the 'one China' principle is the political bedrock for the development US-China relations. If it is comprised or disrupted, the sound and steady growth of the bilateral relationship, as well as bilateral cooperation in major fields would be out of question.

Norm Eisen, former White House ethics counsel under President Obama, observed, "China is going to want concessions from Mr. Trump, and this is now the first in what will be a series of efforts to influence him."

Senator Dianne Feinstein (D-CA) issued a statement on the matter:

China’s decision to award President Trump with a new trademark allowing him to profit from the use of his name is a clear conflict of interest and deeply troubling. If this isn’t a violation of the Emoluments Clause, I don’t know what is.

The fact that this decision comes just days after a conversation between President Trump and President Xi Jinping where President Trump reaffirmed the U.S. policy of ‘One China’ is even more disturbing as it gives the obvious impression of a quid pro quo.

And this is just the start. Media reports state that the president has dozens of additional trademark applications pending just in China. These types of conflicts are exactly what we feared would happen: the president profiting off of his public service.

I am deeply concerned that China and other countries will make certain decisions that will benefit the president with the hope of influencing his foreign policy decisions. This is yet another reason that President Trump should fully divest his interests. There’s no other way to ensure full transparency and avoid conflicts of interest.

And top Democratic lawmakers are demanding more information about the series of events leading up to the granting of the trademark. Feinstein and her colleagues Senators Ben Cardin (D-MD) and Jack Reed (D-RI) — the ranking Democrats on the Senate Judiciary, Foreign Relations, and Armed Services Committees, respectively — have written a letter to Secretary of State Rex Tillerson with a list of questions they want answered.

On the House side, Deputy Chair of the Democratic National Committee, Representative Keith Ellison (D-MN) threw his weight behind the need for further information in a series of tweets:

"The Art of the Deal?"#chinatrademark

In retrospect, Trump appears to have risked international incident with a nuclear power and potentially endangered U.S. national security in order to "make a deal" to enrich himself and his family.