Home National Note to Republicans: These are the people you're hurting by repealing Obamacare
Support progressive journalism.
Donate today 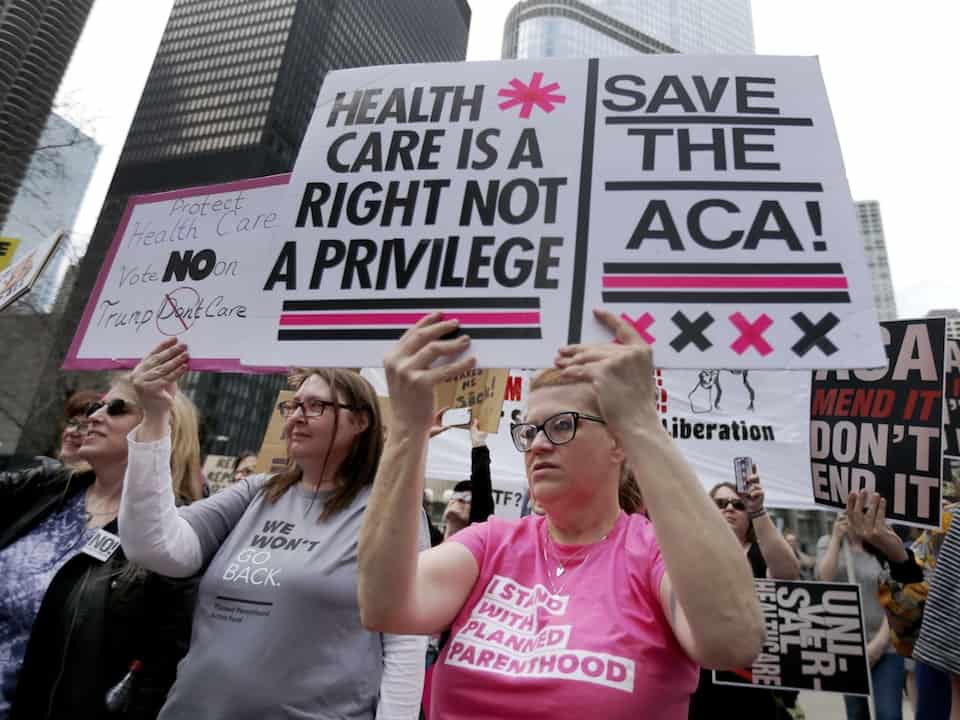 The repeal bill House Republicans passed on Wednesday has real consequences for real people. If it becomes law, it would have a devastating impact on millions of lives, including financial ruin and even death.

House Republicans callously voted to repeal Obamacare and dismantle its work to improve the lives of millions of Americans.

They ignored the thousands of individual pleas expressed at town halls, even as those constituents pushed back against lies from members of Congress and the right-wing media calling their legitimacy into question.

Indeed, Republicans voted against the well-being of thousands of those citizens. Estimates show that for many of these members of Congress, there are hundreds of thousands of people in their districts with pre-existing conditions who are vulnerable to being left out in the cold by the repeal: 291,200 for California Rep. David Valadao; 293,400 for Florida Rep. Mario Diaz-Balart; 295,300 for New York Rep. Elise Stefanik; and 326,400 for Alaska Rep. Don Young.

The damage truly goes from coast to coast, border to border. It is particularly bad for people in the red states that elected Donald Trump.

People like Chris Peterson, a 62-year-old pig farmer in Iowa, who confronted Republican Sen. Chuck Grassley at a town hall in February and told him, "If it wasn’t for Obamacare we wouldn’t be able to afford insurance. With all due respect, sir, you’re the man that talked about the death panels."

People like Bill Kline, a cancer survivor who told Health and Human Services Secretary Tom Price at a CNN town hall, "Medicaid expansion saved my life and saved me from medical bankruptcy." He is certainly not the only cancer survivor who has depended on Obamacare to be able to access treatment.

People like this grandmother in Oregon, who told her congressman, Republican Greg Walden, that repealing Obamacare would put her entire family at risk because they would not have insurance without it. Walden literally turned his back on her.

Indeed, repealing Obamacare is a death sentence for thousands who would survive otherwise with help. A study from the American Journal of Public Health found that 45,000 people died, at least in part, due to a lack of health insurance prior to the implementation of the ACA.

People suffering from substance abuse, particularly those swept up in the nationwide opioid epidemic, would be out of luck under the Republicans' plan, which cuts programs in place to work with states on treatment and allows insurers to lock addicts out of programs.

If this Republican bill becomes law, women will be punished for being women. Provisions in the bill would throw out mandates for maternity care, leaving it to the whims of governors, many of whom have tried to block patients on Medicaid from receiving health care at Planned Parenthood.

And Republicans also attack Medicaid by devolving the program into block grants that can easily be eroded, as states are engaged in a perpetual battle to allocate their budgets. A similar strategy enacted in the 1980s hurt families receiving aid via welfare.

Of course, House Speaker Paul Ryan made clear that dismantling Medicaid has long been a dream of his, since he was "drinking out of a keg" in college. In March, he suggested that people might lose their insurance by choice "because we believe in individual freedom in this country." Meanwhile, his fellow Republicans have falsely claimed "healthy moms and kids" will retain coverage.

With their vote to repeal Obamacare, Republicans betrayed America and its promise of progress, instead voting to hurt millions in exchange for a slight financial increase for a minuscule sliver of the populace. Their actions will have consequences, and their decision to vote against the lives, health, and well-being of the American people will reverberate.