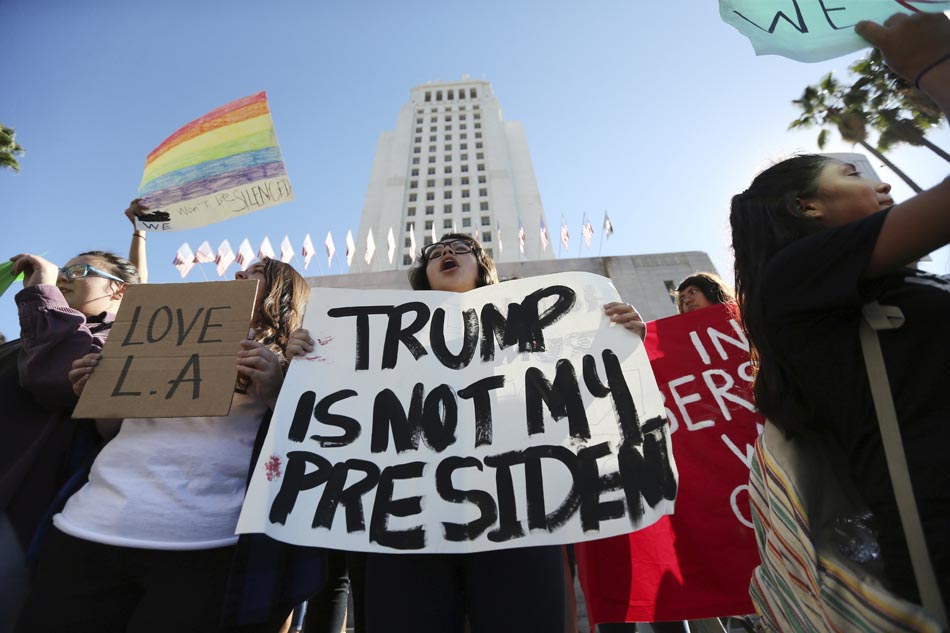 Donald Trump's unfavorables are higher than any President-elect in the history of Gallup asking the question. Fewer Americans say he has a mandate than even George W. Bush following the 2000 election recount. And, of course, he lost the national majority of votes to Hillary Clinton.

Gallup has asked Americans to rate political figures using the current favorable/unfavorable format since 1992. The last three presidents-elect had much higher favorable ratings at comparable time periods than Trump currently does. Then President-elect Barack Obama had the highest favorable rating, 68%, in November 2008. Fifty-nine percent of Americans viewed George W. Bush positively just after the Supreme Court effectively decided the 2000 election in his favor in December of that year. Bill Clinton's favorable ratings were also just shy of 60% after he won the 1992 election.

From Gallup... Trump still isn't popular or close to it. pic.twitter.com/No8gcXIL6b

Nationally, just 3 in 10 Americans — 29 percent — say he has a mandate to carry out the agenda he presented during the campaign...

That 29 percent figure is sharply lower than the 50 percent who said the same for President Obama after his first election in 2008 and the 41 percent for former president George W. Bush after the 2000 election and the contentious recount that followed.

As Clinton’s majority vote lead continues to grow, it is clear that a Trump presidency faces many more concerns than just an unprepared transition team. They face an America with little faith in his ability to govern.

(Dianna E. Anderson and Anthony Reed contributed to this article.)