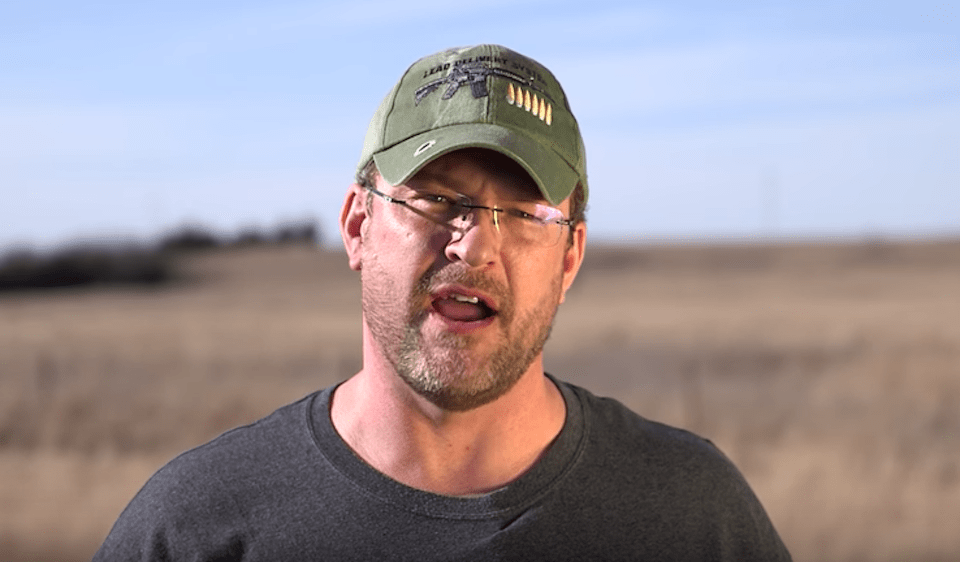 In a traditionally safe red congressional district in Kansas, where Republicans ought to be coasting to victory, the resistance is fueling the campaign of a Democrat who suddenly poses a serious threat and just might turn this seat blue.

Buoyed by the backlash against Donald Trump's presidency, Democrats around the country are mobilizing for special elections, including in states where Republicans are accustomed to dominating the political field.

Over the past few months, for example, Georgia has received national attention as Democrat Jon Ossoff has broken open a race in a solidly Republican congressional district, raising more money than the last-quarter fundraising of every 2016 Democratic congressional candidate combined.

But Ossoff is not the only Democrat turning previously safe GOP territory into a battleground. Take James Thompson, an Army veteran and civil rights lawyer running in the special election for Kansas's 4th Congressional District to replace Mike Pompeo, who moved on to become Trump's CIA director.

It is hard to imagine a less likely place for a toss-up election. The district encompasses the city of Wichita and its overwhelmingly white, conservative suburbs. Trump carried this district by 30 points. Historically, Republican candidates have been so safe here that in a previous race, Pompeo tweeted an article calling his Indian-American opponent a "turban topper" and voters elected him anyway.

And yet, with one day to go before the polls open, Republicans are struggling to hold on to this seat, for a number of reasons.

First, the GOP candidate, state treasurer Ron Estes, has been tarnished by his association with Governor Sam Brownback. Brownback, whose massive tax cuts for the rich destroyed Kansas's economy, has the lowest approval rating of any governor in the United States. In 2016, Democrats gained 13 seats in the state legislature, and many other Republicans loyal to the governor were primaried by moderates.

Brownback also recently vetoed the new legislature's Medicaid expansion bill, which will not help Estes's popularity. Many of the votes to expand Medicaid came from the new moderate and Democratic legislators, and many of those new legislators came from Wichita.

Second, Estes has run an incompetent campaign. He has not participated in any debates. He lags Thompson in individual donations, and had to be bailed out with $93,000 from a Koch brothers group. One Republican strategist was quoted saying Estes "hasn't raised much money, his ads are abysmal — no energy. It's a low turnout special and weird things happen."

By contrast, Thompson has relentlessly toured the county sharing his life story. He is campaigning on a platform of school funding and veterans' benefits, amassing a broad coalition of volunteers from both parties.

GOP leaders are scrambling to shore up Estes. Vice President Mike Pence and Senator Ted Cruz (R-TX) are campaigning for him. Meanwhile, the National Republican Congressional Committee put out an ad claiming, with absolutely no evidence, that Thompson supports sex-selective abortions. The ad caused a last-minute controversy for Republicans as the station running it, KWCH, demanded the NRCC back up its claims.

All over the country, seats once thought to be a lock for Republicans are suddenly becoming vulnerable. Republicans now have a chance to govern the country with a unified vision, but their struggle in special elections is a dangerous sign for their long-term prospects.