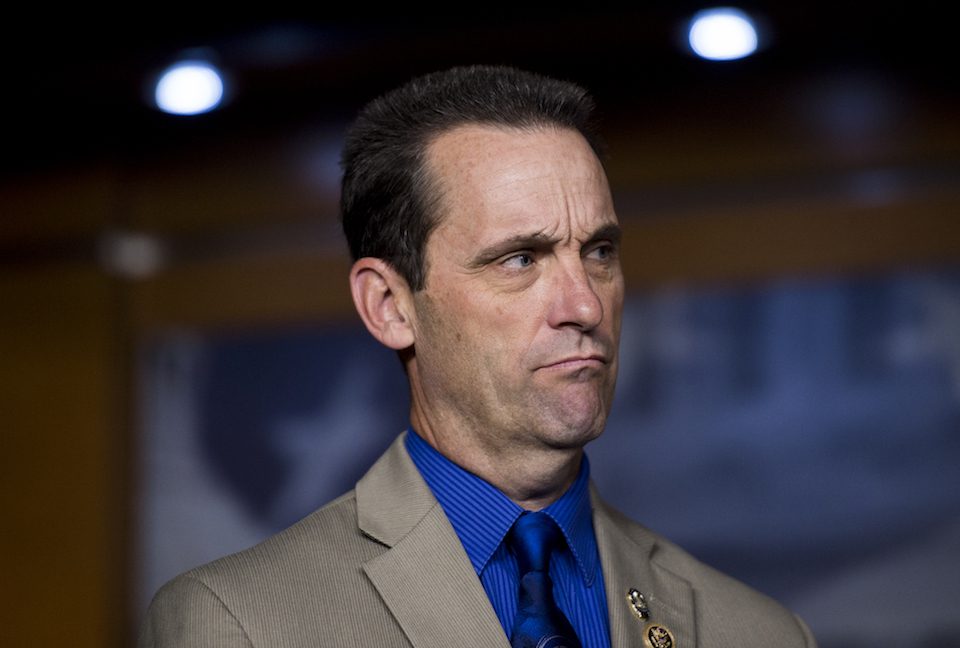 NRA-backed Republican Rep. Steve Knight didn't show up when students invited him to join a community forum on gun control.

Students across the country are leading the dialogue on gun violence in the U.S., and they're making it clear just how fed up they are with politicians' lack of action on gun control.

So a recent forum led by students at College of the Canyons, a local community college in Santa Clarita, California, was the perfect opportunity for politicians to show up and take part in the conversation.

But Rep. Steve Knight (R-CA) skipped the forum, claiming a "scheduling conflict." While Knight was not present, his stance on guns is a matter of public record.

He has received thousands of dollars in campaign contributions from the pro-gun lobby, was endorsed by the NRA, and has voted at every opportunity to weaken gun control measures.

Students previously called on him to return "blood money" from the NRA, but he has given no indiction that he intends to do so.

While Knight was AWOL, several Democratic candidates running for Congress in the district made the time to show up.

"It's times such as these that we need to be informed," Golden Valley High School student Dean Douglas, a student who spoke at the forum, told the Santa Clarita Valley Signal. "We must use this knowledge to make well-educated decisions when we vote to change our politics for the betterment of future generations."

Ever since 17 people died from gunfire at Marjory Stoneman Douglas High School in Parkland, Florida, students across the country are increasingly active in the political debate on guns in America. Survivors of the school shooting organized hundreds of March For Our Lives rallies in late March, including one of the largest gun control marches ever held in Washington, D.C.

At the Santa Clarita forum, anyone from the community who wished to speak was allowed to have their say. According to the Signal, most speakers were in favor of gun control, while several were opposed.

Political candidates spoke as well. Democratic candidates Bryan Caforio, Katie Hill, Jess Phoenix, and Mary Pallant, all of whom are seeking to replace Knight in California's 25th Congressional District, spoke to the audience.

"There are things we can do to save lives starting tomorrow if we had people in office with the will power to stand up to the NRA and do that," Caforio said, taking a veiled swipe at Knight, who has an A rating from the NRA.

Hill spoke directly to the young people in the audience, noting, "The next generation is going to change the world and I’m so excited to be a part of it."

Phoenix, who went to school near Columbine High School, spoke about the aftermath of gun violence from her personal experience. "This is not a matter of if," she said. "It's a matter of when gun violence will impact each and everyone of us."

Pallant emphasized her desire to stand with students and the community, noting, "The Second Amendment is not an unlimited right."

Knight emphasized, with his absence, that he doesn't care enough to even join the conversation.