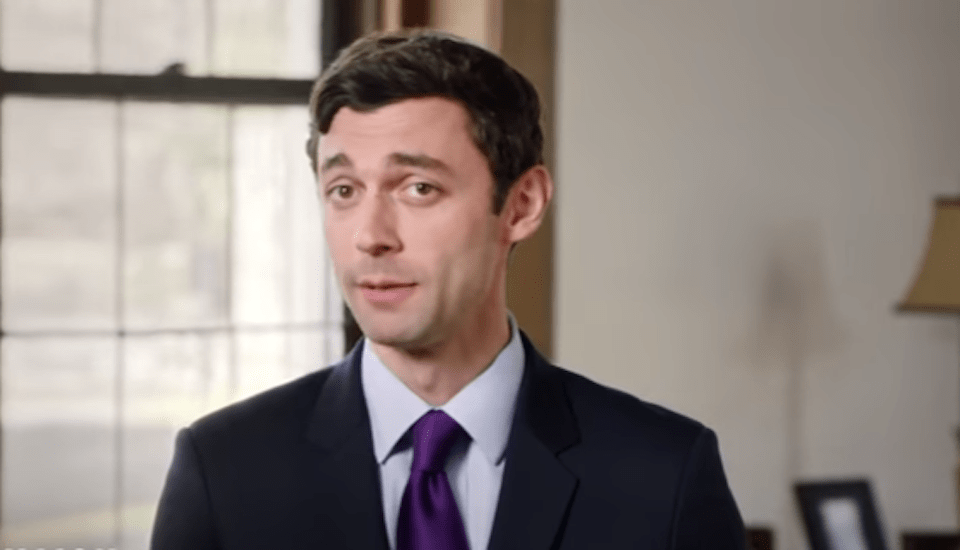 The National Rifle Association launched a vicious ad against Jon Ossoff, the young Democrat who is making Georgia's deeply red 6th Congressional District a competitive race. The ad accuses Ossoff of being an outsider who "grew up in Washington, D.C." Just one problem: It's not true. He is a born-and-bred Georgia native.

Desperate to stave off a loss in a traditionally Republican stronghold, GOP interest groups are throwing everything they have at Ossoff. An attack ad by the Congressional Leadership Fund, depicting Ossoff dressed as Han Solo in college, backfired by boosting his fundraising and name recognition among young voters. Now, another attack ad against Ossoff is missing the mark.

The ad, produced by the National Rifle Association Political Victory Fund, aired on WYAY-FM, a radio station serving the northern suburbs of Atlanta:

It's over 2,000 miles from California to Georgia. But California's values are further away than that. Hollywood liberals are trying to buy a congressional seat here in Georgia, and your freedom is on the line. Nancy Pelosi is propping up liberal Jon Ossoff because she knows she can own him. Ossoff grew up in Washington, D.C., educated and employed there. That's why Pelosi threw Ossoff a big D.C. fundraiser with all her liberal friends. And it worked. The L.A. Times reported, "No Democrat in the Georgia district has ever had such a war chest." Now make no mistake, Nancy Pelosi and her liberal allies are trying to buy Jon Ossoff a seat in Congress. And only you can stop them. Don't let Nancy Pelosi steal this election, or your freedom. On April 18th, defend your freedom. Defeat Jon Ossoff.

There are a lot of absurdities in this ad, including the idea House Minority Leader Nancy Pelosi is a "Hollywood liberal," when she actually represents San Francisco, and the claim Ossoff is being "propped up" by D.C. fundraisers, when in fact most of his $8.3 million haul comes from small donors giving under $50.

But there is also a glaring, flat-out lie in this ad: Ossoff did not grow up in Washington, D.C. He was born in Atlanta and grew up in Northlake, Georgia — which is part of the 6th Congressional District.

After the false claim was noticed by CNN's Andrew Kaczynski and challenged by Ossoff's campaign, WYAY-FM took the unusual step of altering the ad to remove the line, telling NRA-PVF it was free to either submit a revision, or allow the ad to continue running with the station's edit.

Ultimately, the NRA went out of its way to create a controversy that highlights the fact Ossoff is a native Georgian. The biggest irony is that Ossoff's likely Republican competitor in a potential runoff, former Georgia Secretary of State Karen Handel, was born in Washington, D.C.

As GOP special interests resort to more frantic measures and outrageous claims in the Georgia special election, their campaign tactics increasingly reek of tone-deafness and sloppy fact-checking. Ossoff's opponents are becoming their own worst enemy.