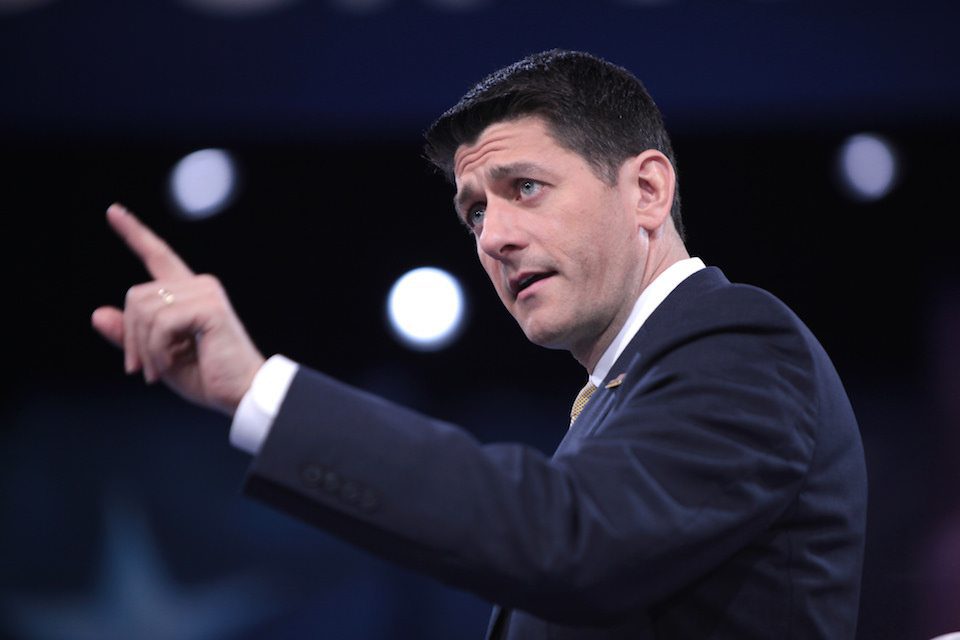 The nun who confronted Paul Ryan at a town hall event has now called him out for his patronizing attitude toward women who asked him questions and his inability to make sense of his own political positions on the social safety net.

Sister Erica Jordan, the Dominican nun who faced down Speaker Paul Ryan at a town hall broadcast on CNN, said she felt he was patronizing to her, and ducked answering her questions with any substance.

Jordan, who is also a retired school principal, asked Ryan why “most of the Republicans in the Congress are not willing to stand with the poor and working class,” and how Ryan reconciled that position with his Catholic faith, which teaches “that God is always on the side of the poor and dispossessed.”

Ryan responded to Jordan by talking down to her, falsely claiming that poverty rates had not dropped since the 1960s, and offering the pat response that “we need to make sure that we bring people into the workforce.”

The audience booed Ryan’s fumbled answer, and in an interview by John Gehring for Commonweal, Jordan said Ryan was "pretty condescending."

"He started his answer by saying 'spoken like a great Dominican nun.' It felt like a pat on the head, which is the way sometimes people treat sisters," she said.

Jordan wanted Ryan to address the abdication of responsibility by Republicans, who have threatened health care, Social Security, and Medicaid. Yet he did not directly answer her.

"Speaker Ryan is a leader and he seems to be totally complicit in this way of thinking," she said. "I want him to really think about my question."

Ryan cited Catholic Charities in his answer as his model for how to fight poverty, but Jordan noted that this slick answer missed the point.

"His answer made me mad because it felt like he was asking the churches to take care of the poor. Not that the church will ever stop caring for the poor, but the government has to fulfill its purpose."

The answer made her think "he missed something in his Catholic education [because] it is not just about ourselves or our families."

She wasn’t able to respond to him in real time, but told ThinkProgress it was impossible to make sense of Ryan invoking the name of programs to help the poor while also working to cut them.

“He talked about providing job training programs as one way to help people who were poor,” she said. “But the budget that’s proposed would cut education and job training by 25 percent, so [that] doesn’t fall together.”

Ryan has a reputation for glib answers to serious policy questions, while refusing to acknowledge that his rhetoric does not match up with the draconian policy he advocates. Ryan has pushed for cuts to the social safety net along with cuts in taxes, and insists that those shortfalls will magically be taken care of.

Asked by Commonweal what she would do if she had a magic wand to change "one thing about politics," Jordan said, "The most important thing would be for people to have the desire to work together in spite of differences."

But then she added, "If the wand was really magic? I would wave it and there would be a new president for us."