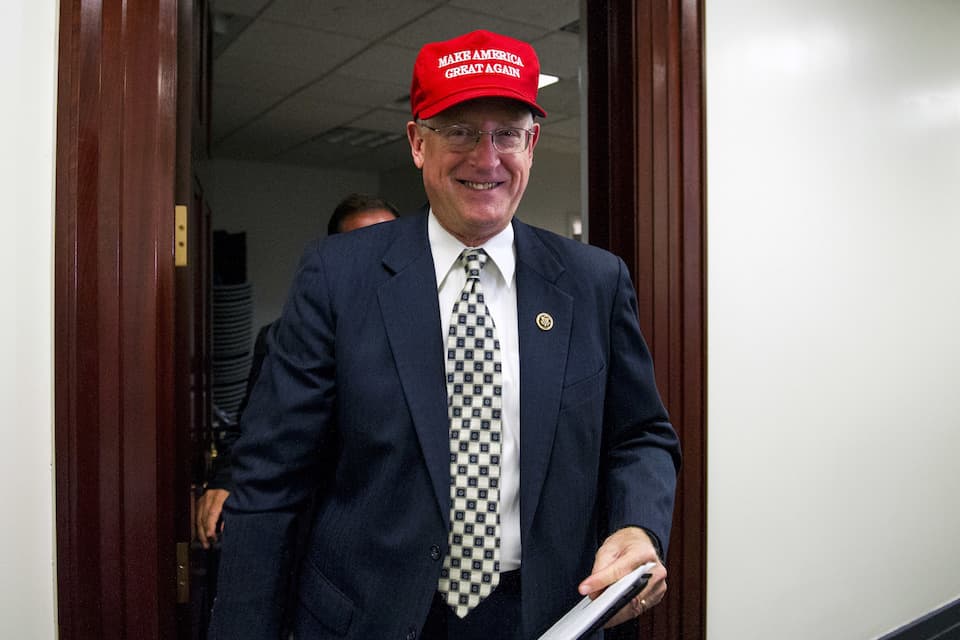 Republican Rep. Mike Conaway, now part of the team running the House investigation into Russian meddling in the 2016 election, once compared Russia's attempts to manipulate the campaign to Mexican singers and soap opera stars who campaigned for Hillary Clinton.

Rep. Mike Conaway (R-TX) is one of three Republicans taking over for Rep. Devin Nunes since he finally recused himself from the House Intelligence Committee's investigation of Russian interference in the presidential election.

But Conaway's ascension, along with fellow Republican Reps. Trey Gowdy and Tom Rooney, means the investigation is still in compromised hands and underscores the dire need for an independent probe, as many Democrats have demanded.

Conaway clearly does not grasp the severity and significance of the investigation he is now leading, as revealed in his prior comment to the Dallas Morning News:

Harry Reid and the Democrats brought in Mexican soap opera stars, singers and entertainers who had immense influence in those communities into Las Vegas, to entertain, get out the vote and so forth. [...] Those are foreign actors, foreign people, influencing the vote in Nevada. You don’t hear the Democrats screaming and saying one word about that.

Apparently incredulous at his response, the paper pressed Conaway on whether he viewed entertainers openly campaigning for a candidate as equivalent to state-backed hacking, disinformation, and propaganda. He did.

Senator Cortez Masto (D-NV) slammed Conaway at the time, saying, "This is a pathetic and offensive attempt to try to diminish the consensus that Russia meddled in the 2016 election to boost Donald Trump."

Republicans remained determined to minimize what Russia did and how it impacted our election, and the selection of Conaway, who is already on record dismissing the significance of the incident, proves it.

Without an independent panel investigating Russia's influence on our election, the fix is still in.