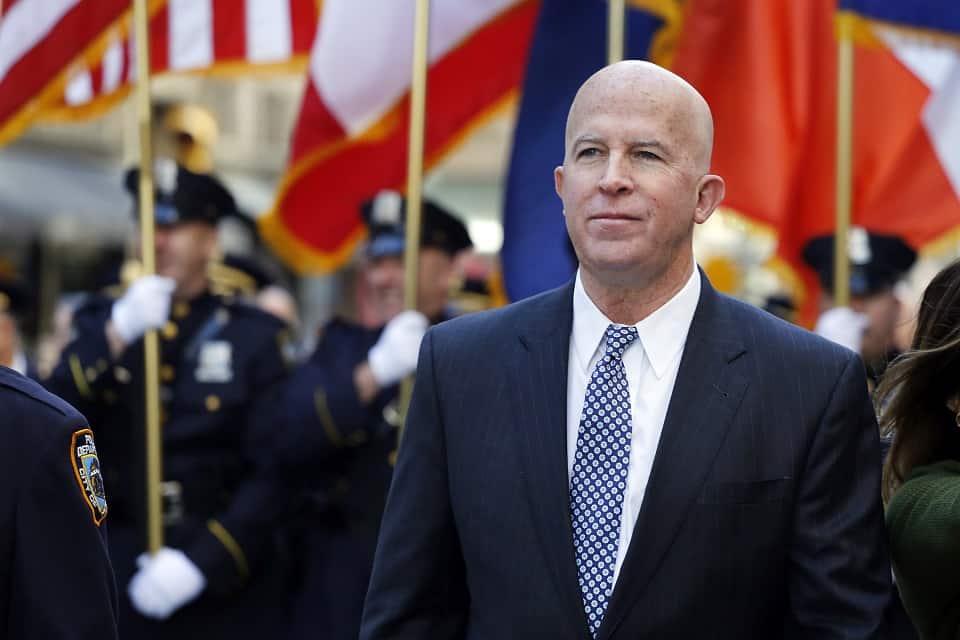 Donald Trump talks a good game about fighting terrorism, and his proposed budget was billed as a "hard power budget" meant to prioritize national security. But it actually aims to gut the NYPD's counterterrorism apparatus.

Thus far into his time in office, Donald Trump's record on supposedly fighting terrorism is largely made up of his multiple-failure Muslim ban and his insistence, against the advice of his own team, on using the phrase "radical Islamic terrorism." None of that has made the country any safer, and in fact, may only have put us more at risk.

And now that risk is being made even clearer.

James P. O'Neill, the Commissioner of the New York City Police Department, called out Trump's proposed budget plan for the drastic cuts it would make to his department, and the alarming ripple effects it would cause.

As the Washington Post reports, these cuts would be extremely broad and deep, in a city that is a prime target for terrorism — and that has also been tasked with extra responsibilities since Trump's inauguration of protecting Melania Trump and their young son, who are not currently living at the White House:

Police say the funding cuts would hit everything from intelligence analysis to active-shooter training. The blunt assessment was delivered by the top law enforcement officer in Trump’s hometown, who leads an agency tasked with defending the city against terrorism — and, more recently, protecting Trump Tower since it became a de facto "White House north" while first lady Melania Trump and her son, Barron, are living there.

In a briefing, O'Neill elaborated on his concerns:

"It is the cornerstone of effective preparedness and prevention against terrorist threats, and enables us to do what we can do to keep this city secure," O’Neill said. "Everyone who lives in, works in, and visits New York City, this money’s critical to keeping everybody safe."

He added: "Simply put, we cannot afford to cut corners in fighting terrorism."

Yet cutting corners is apparently the hallmark of this proposed budget, whether it comes to the environment, feeding the hungry, or virtually any other area of traditional government involvement.

Including — despite his "law and order" posturing — protecting citizens from terrorism, in the city in which Trump's own wife and child reside.