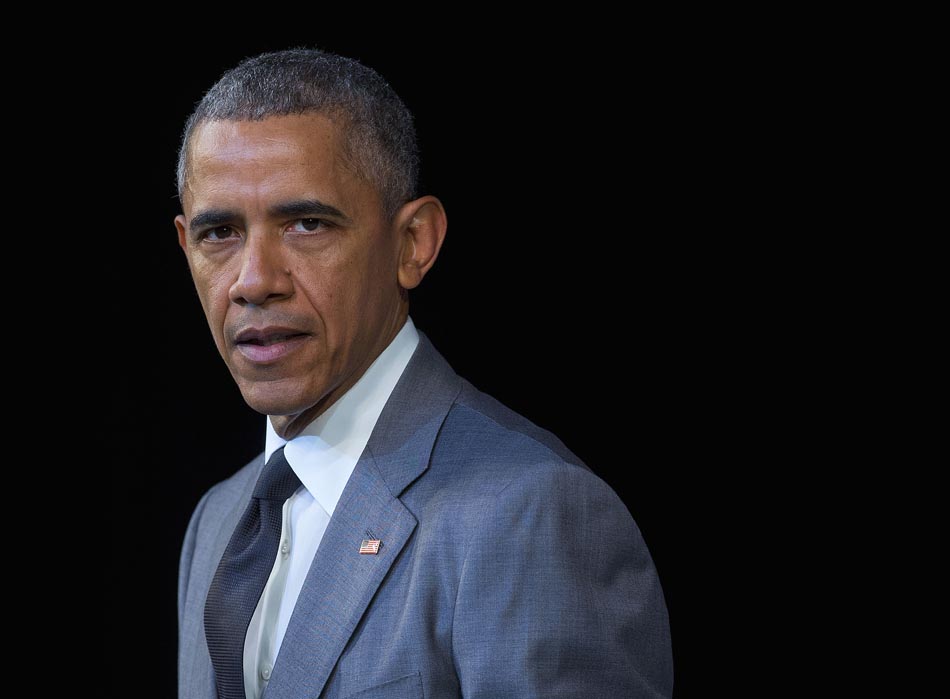 The Obama administration has announced a series of punitive measures against Russia in response to its interference in the 2016 election. Not only is this a strong message to Russia from the sitting president, but it corners the president-elect, who has continually refused to acknowledge the consensus view of U.S. intelligence agencies about Russian interference personally orchestrated by Russian President Vladimir Putin.

On December 15, President Obama made it clear his administration planned to take action against Russia for their unprecedented interference in the U.S. presidential election, saying: "I think there is no doubt that when any foreign government tries to impact the integrity of our elections … we need to take action. And we will — at a time and place of our own choosing. Some of it may be explicit and publicized; some of it may not be."

Now he is making good on that promise, announcing sanctions against "nine entities and individuals," including Russian intelligence services the GRU and the FSB; ejecting 35 Russian intelligence operatives from the United States and "shutting down two Russian compounds, in Maryland and New York, used by Russian personnel for intelligence-related purposes"; and preparing to release "declassified technical information on Russian civilian and military intelligence service cyber activity, to help network defenders in the United States and abroad identify, detect, and disrupt Russia’s global campaign of malicious cyber activities."

The New York Times observes: "Taken together, the actions would amount to the strongest American response ever taken to a state-sponsored cyberattack aimed at the United States."

According to a report in the Telegraph, a senior U.S. official said the Russian diplomats "would have 72 hours to leave the United States… Access to the two compounds, which are used by Russian officials for intelligence gathering, will be denied to all Russian officials as of noon on Friday."

"These actions were taken to respond to Russian harassment of American diplomats and actions by the diplomats that we have assessed to be not consistent with diplomatic practice," the official said.

… "By imposing costs on the Russian diplomats in the United States, by denying them access to the two facilities, we hope the Russian government reevaluates its own actions, which have impeded the ability and safety of our own embassy personnel in Russia," the official said.

The Obama administration's actions function not only as condemnation and warning to Russia, but to force Trump's hand. The Times explains:

The sanctions were also intended to box in President-elect Donald J. Trump. Mr. Trump has consistently cast doubt that the Russian government had anything to do with the hacking of the D.N.C. or other political institutions, saying American intelligence agencies could not be trusted and suggesting that the hacking could have been the work of a “400-pound guy” lying in his bed.

Mr. Trump will now have to decide whether to lift the sanctions on the Russian intelligence agencies when he takes office next month, with Republicans in Congress among those calling for a public investigation into Russia’s actions. Should Mr. Trump do so, it would require him to effectively reject the findings of his intelligence agencies.

Trump reiterated during a press conference at his Mar-a-Lago estate that he has no interest in pursuing accountability, instead saying, "I think we ought to get on with our lives."

But Democratic leaders — and far too few Republicans — are in firm disagreement with Trump about moving on, especially since intelligence reports indicate that Russian hacking was not a finite event, but is ongoing.

I hope the incoming Trump administration, which has been far too close to Russia throughout the campaign and transition, won’t think for one second about weakening these new sanctions or our existing regime. Both parties ought to be united in standing up to Russian interference in our elections, to their cyberattacks, their illegal annexation of Crimea and other extra-legal interventions.

Russia's brazen assault on our elections demands the strongest response from the Administration and the Congress. President Obama has taken action to punish Russia for its outrageous conduct, now Congress must meet its responsibility to respond to this threat.

The American people deserve to know their leaders will not tolerate Russia's meddling in our democracy. Congress must move immediately to launch a bipartisan, independent investigation to understand how Russia hacked into our democratic institutions, and to ensure it never happens again.

And Rep. Elijah E. Cummings, Ranking Member of the House Committee on Oversight and Government Reform — who, with his colleague Rep. Eric Swalwell, introduced the Protecting Our Democracy Act to establish the National Commission on Foreign Interference in the 2016 Election — also affirmed his support for President Obama's actions, while reiterating that this is not a partisan issue:

The President’s actions send a strong signal that interference by Russia—or any foreign power—in our electoral processes is intolerable. To do nothing or worse—to try to sweep it under the rug as President-elect Donald Trump has proposed—suggests that this unacceptable affront to our democracy is somehow normal, and it invites future attacks. Every American—Democratic, Republican, and Independent—should condemn Russia’s attempt to degrade our democracy and support our call for a bipartisan, independent commission to investigate these attacks and offer recommendations to prevent them in the future.

The Democrats continue to mobilize in the fight against Trump and his unconscionable tolerance of foreign interference in our democratic processes. This should not be a partisan issue, but still we wait for the Republicans to show up — and to show they care more about the country than winning at any cost.