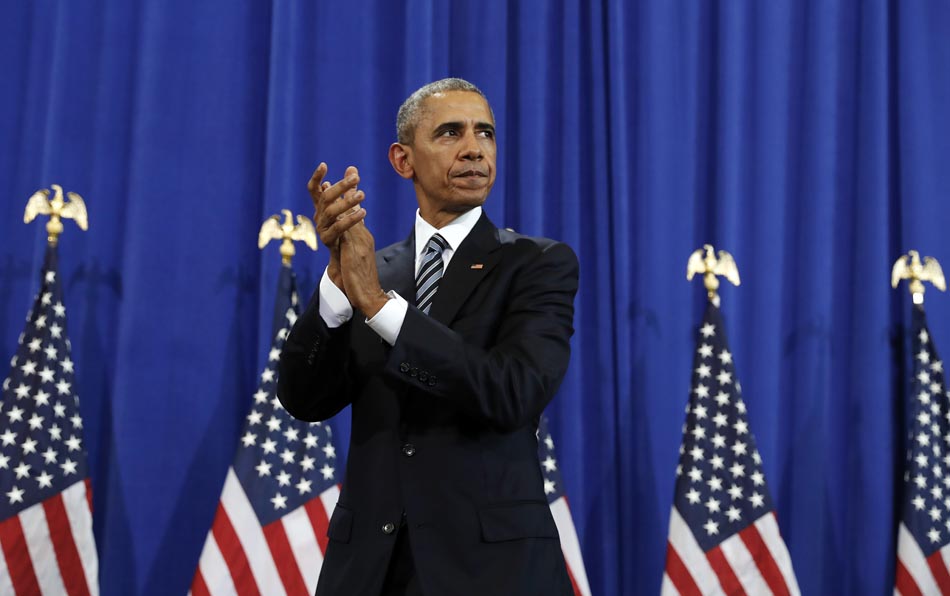 It is a cynical ploy to try to further hollow out the right to abortion guaranteed by Roe v. Wade, and the Obama administration is making a last-minute bid to try to prevent this particular attack on reproductive access.

Mindful of the clock ticking down to a Trump presidency, the Obama administration issued a final rule on Wednesday to bar states from withholding federal family-planning funds from Planned Parenthood affiliates and other health clinics that provide abortions. The measure takes effect two days before the Jan. 20 inauguration of Donald J. Trump.

The timing makes this quite a bittersweet gesture, as it is likely that it will be overturned. To repeal the rule "would require a joint resolution of disapproval by the House and Senate, with concurrence by the new president." With both Houses of Congress and the presidency held by Republicans, that is easily accomplished.

However: With wide public support for the rule, there is hope that pressure from constituents will force even Republicans to reconsider reflexively overturning it.

Which is why it is so important that Obama is enacting the rule now, forcing Trump and Congressional Republicans into a position where they will have to take away a protection of reproductive access that is both necessary and popular.

It was both a decent and strategic decision, an intersection at which President Obama has shined — and will no doubt continue to do, as long as he is still our president.