Home National Obama and Clinton are most admired man and woman of the year...
Support progressive journalism.
Donate today 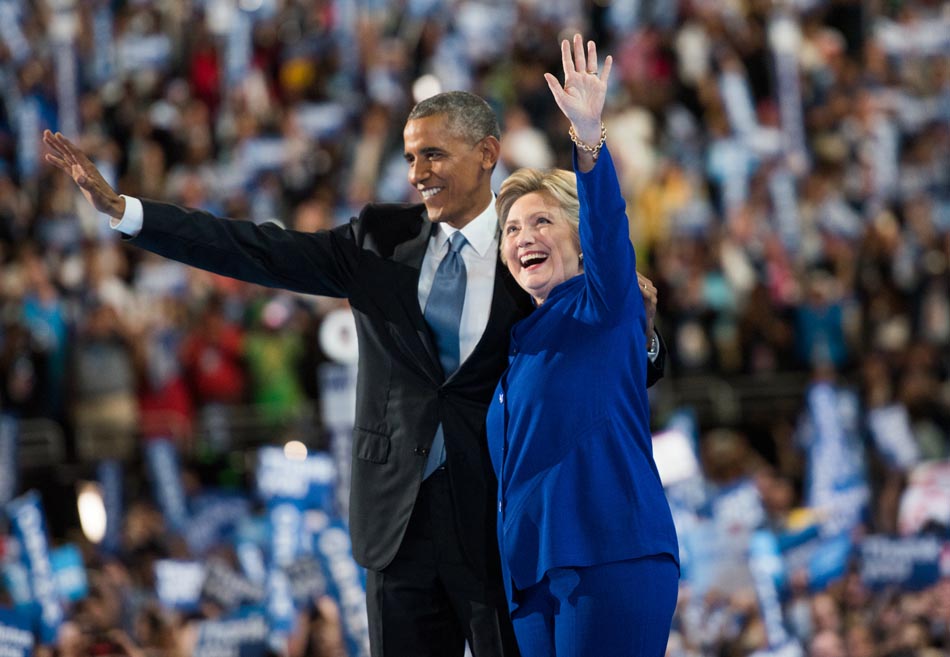 Gallup has released its end of the year poll on who are the most admired men and women of 2016, and, once again, President Obama and Hillary Clinton have taken the top honors.

President Obama drew 22 percent of the vote for most admired man, besting the runner-up, President-elect Donald Trump, by 7 percent.

Hillary Clinton drew 12 percent of the vote for most admired woman, followed by First Lady Michelle Obama, with 8 percent.

Gallup notes: "Barack Obama and Hillary Clinton have been the most admired man and woman every year since 2008."

It is a bittersweet reminder of how important Obama's and Clinton's leadership and personal examples of thoughtfulness, decency, and resiliency have been to so many people, as we look forward to a year in which the nation will not have either of their (official) leadership any longer.

I am abundantly grateful to them for how much of their lives they have dedicated in service to this country, and I eagerly look forward to what they will do next.