Home National Obama continues efforts to protect the nation and the land from the...
Support progressive journalism.
Donate today 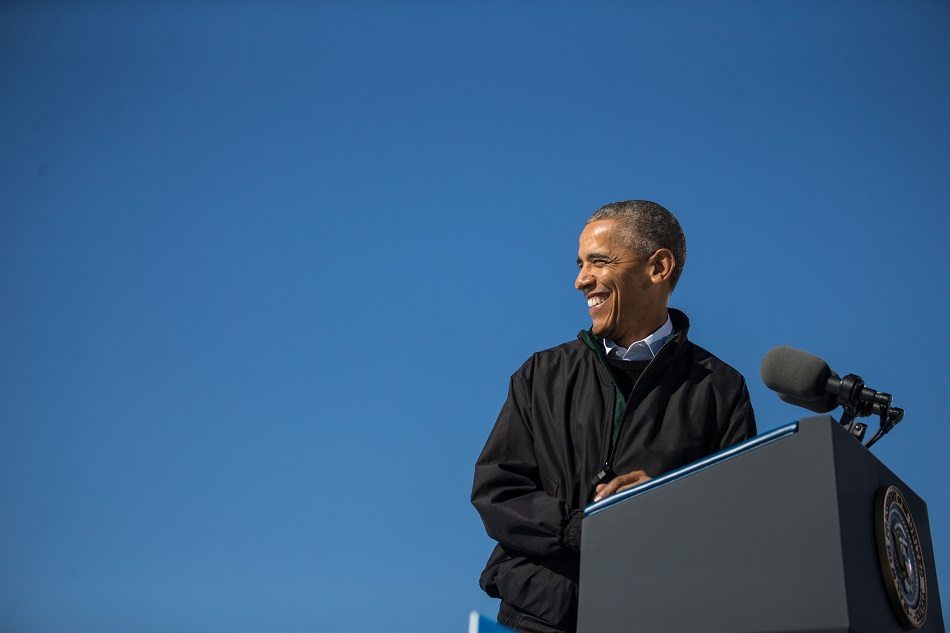 President Obama has less than one month left in office, but he is not taking it easy. Looking ahead to a Trump administration that will surely take actions diametrically opposed to many of the aims and accomplishments of the past eight years, Obama is doing whatever is within his power to protect the people and the land from the likely hostile overreaches of his successor. A recent move in this vein is the designation of two new, vast national monuments.

President Obama's time in the White House is rapidly drawing to a close. But while the powers of the presidency still reside with him, he is working hard to forestall at least some of the damage to the nation's people and land his successor is sure to wreak.

Obama has previously announced a series of strong measures to sanction Russia for their interference in the U.S. presidential election, issued a permanent ban on offshore oil and gas drilling in much of the Arctic and Atlantic Seaboard, signed mental health care legislation to build on the successes of the Affordable Care Act, and issued a rule barring states from withholding federal funds from Planned Parenthood and other family planning clinics.

The new desert monuments, designated under the executive authority of the 1906 Antiquities Act, encompass Native American sites of sacred and archaeological importance, as well as wildlife habitats and hiking and hunting terrain.

In a statement, Obama noted that these actions "will help protect this cultural legacy and will ensure that future generations are able to enjoy and appreciate these scenic and historic landscapes."

Unsurprisingly, it is not only President-elect Donald Trump who may endanger the permanence of these moves. Other Republican officials have already voiced their displeasure and their beliefs that Obama's actions constitute land grabs by the federal government.

"President Obama’s unilateral decision to invoke the Antiquities Act in Utah politicizes a long-simmering conflict," said Representative Jason Chaffetz, Republican of Utah. "The midnight move is a slap in the face to the people of Utah, attempting to silence the voices of those who will bear the heavy burden it imposes."

Representative Rob Bishop, Republican of Utah and chairman of the House Natural Resources Committee, which has authority over public lands issues, promised to work to repeal the designation.

White House officials have expressed confidence, however, that the substance of the Antiquities Act gives the president the authority to designate monuments, and does not provide explicit authority to anyone else to reverse designations.

Of course, if it were to end up before the courts, the outcome is difficult to feel sanguine about, considering Trump will have the opportunity to dangerously reshape the judiciary around the country, including at the highest level.

But Obama has always been both an optimist and a pragmatist, from the earliest days of his national political presence. And even if some of these crucial steps he has taken may not long outlast his presidency, they are no less important and meaningful for that fact.

Having a president who values protecting the earth, and the lives of its most marginalized citizens, and who will act to do so on principle even if the impacts are potentially fleeting, is no small thing to people who share those values and have been buoyed by seeing them reflected at the highest reaches of power.

And it builds upon a poignant and instructive example to emulate throughout the fast-approaching next administration.