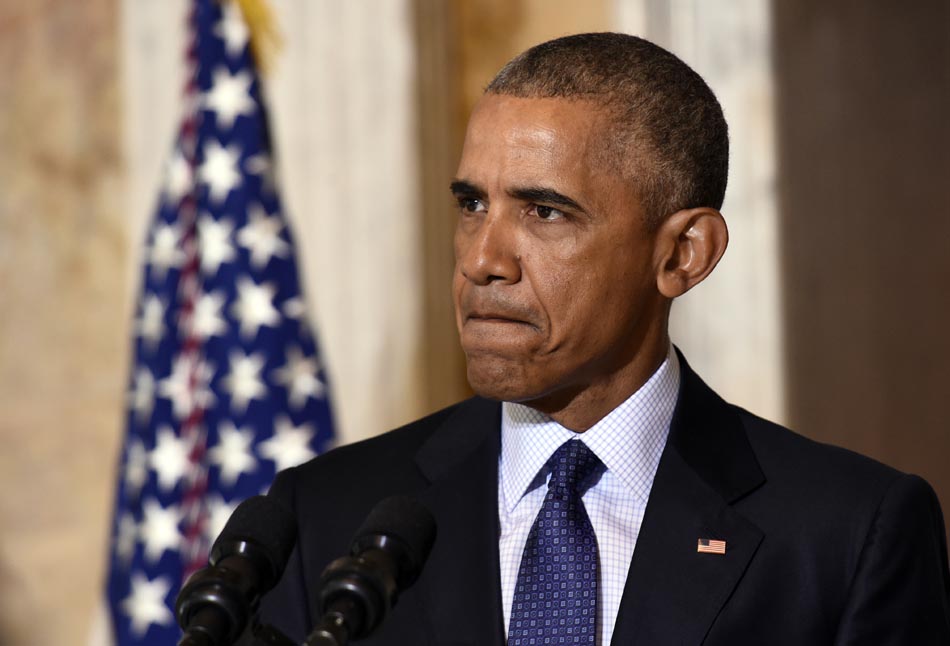 President Obama will not be going quietly in his last weeks in office. He has vowed to take action against Russia in defense of "the integrity of our elections."

Speaking to NPR, President Obama made it clear that his administration plans to take action against Russia for their unprecedented interference in the U.S. presidential election:

In an interview with NPR's Steve Inskeep that will air Friday on Morning Edition, Obama said, 'I think there is no doubt that when any foreign government tries to impact the integrity of our elections ... we need to take action. And we will — at a time and place of our own choosing. Some of it may be explicit and publicized; some of it may not be.'

U.S. intelligence officials have a "high level of confidence" that Russian President Vladimir Putin personally orchestrated the intrusion into our electoral process.

With few exceptions, Republicans in Congress are doing little to nothing to properly respond to this appalling violation of our democracy, on which Obama also commented:

'The irony of all this, of course, is that for most of my presidency, there's been a pretty sizable wing of the Republican Party that has consistently criticized me for not being tough enough on Russia,' he said. 'Some of those folks during the campaign endorsed Donald Trump, despite the fact that a central tenet of his foreign policy was we shouldn't be so tough on Russia. And that kind of inconsistency I think makes it appear, at least, that their particular position on Russia on any given day depends on what's politically expedient.'

Obama also spoke of the impact of this interference:

'[I]n fact what the Russian hack had done was create more problems for the Clinton campaign than it had for the Trump campaign.'

'There's no doubt that it contributed to an atmosphere in which the only focus for weeks at a time, months at a time were Hillary's emails, the Clinton Foundation, political gossip surrounding the DNC,' Obama said.

It is promising to hear the president make clear statements about these issues and to know that, while he still holds the office, he will use the power that comes with it to fight back against Putin's encroachment.

Obama is scheduled to give a press conference Friday at 2:15 pm EST. This will certainly be the top issue on the agenda.