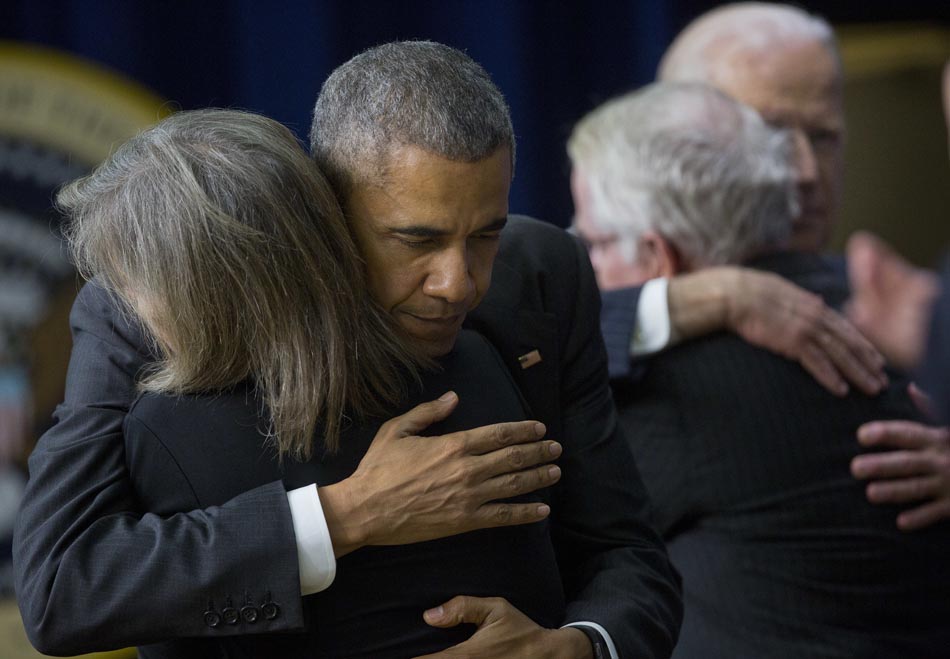 President Obama added to his legacy on health care today by signing the 21st Century Cures Act into law. A portion of the law will bring much needed reforms to open up access to and improve the quality of mental health care across the United States.

In a bipartisan effort to increase access to mental health care across the United States, President Barack Obama signed important legislation that would expand states' ability to integrate mental and physical care and identify gaps in coverage.

The 21st Century Cures Act, which contains broad funding for cancer research and substance abuse treatment, also includes a mental health reform bill co-sponsored by Senators Chris Murphy (D-CT) and Bill Cassidy (R-LA). This reform was originally prompted by urgent calls for improvement following the horrific shooting at Sandy Hook elementary school in Newtown, CT, in 2012, but has since become a centerpiece in building access to full-spectrum health care.

Murphy and Cassidy worked closely with mental health professionals in drafting the legislation, taking their advice about policy proposals and most effective measures. Murphy said about the passage of the bill:

...I will keep working with Republicans and Democrats to make sure our bill is implemented as Congress intended, and to keep our bipartisan coalition engaged in mental health until we finish the job we started.

The act passed with promising bipartisan support just days before the fourth anniversary of the Sandy Hook shooting. Mark Barden, who lost his son in the shooting and went on to found Sandy Hook Promise, commented:

The passing of this bill is such a monumental success for us at Sandy Hook Promise and all of the mental health organizations that we partnered with who have worked tirelessly for nearly four years to pass the mental health reform. I applaud the outstanding leadership of our Senators and Representatives, as this bill will help millions of people in need. This legislation begins to do the critical work of prioritizing early intervention and increasing access to mental health services and suicide prevention programs. And we are ready for the work ahead.

At the signing ceremony for the law, President Obama stated that the act fulfilled promises from his State of the Union address, and that he feels a duty to stand by families of those affected by cancer, substance abuse, and mental health issues: "It could not be clearer that those of called to lead this country have a duty on their behalf, to stand by them."

Obama also declared that he is hopeful that this legislation will continue well into the future, with a sly but poignant remark toward the effort to repeal the Affordable Care Act, headed by Republican members of Congress:

These efforts build on the work we've done to strengthen our health care system over the past eight years. ... I'm hopeful that in the years ahead, Congress keeps working in a bipartisan fashion to move forward rather than backward.

The law begins the important work of reforming access to mental health care in the United States. Building on mental health care expansion from Obamacare, the president's signature on this law cements his legacy as a progressive champion who forever changed the country's approach to full-spectrum health care for all citizens.