Home National Obama humiliates 'whining' Trump: 'You don't have what it takes to be...
Support progressive journalism.
Donate today 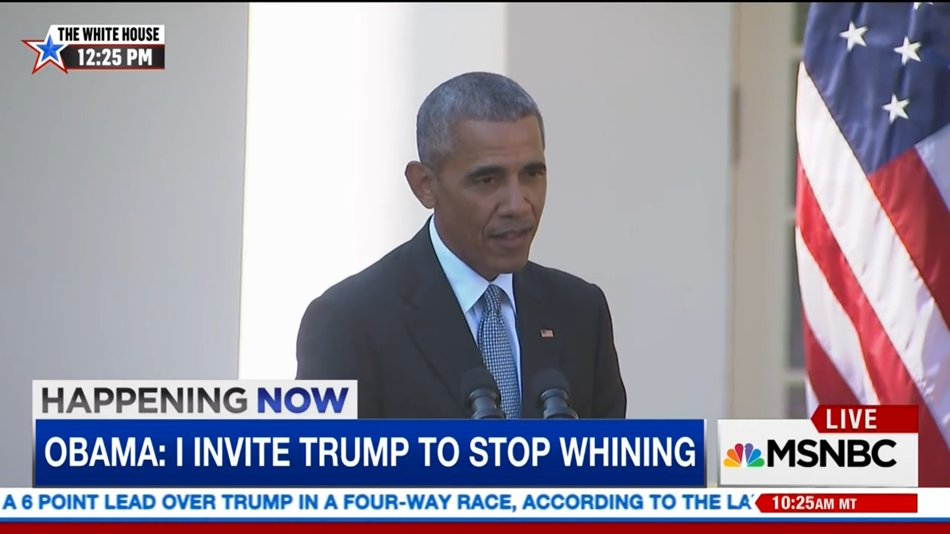 President Obama put Donald Trump in his place on Tuesday, calling out the Republican nominee for complaining about election results before final votes were cast.

Trump's premature sore loser tantrum is an embarrassment to American democracy. President Obama rightfully called him out for it during a joint news conference with Italy's Prime Minister.

I have never seen in my lifetime or in modern political history any presidential candidate trying to discredit the elections and the election process before votes have even taken place. It's unprecedented. It happens to be based on no facts ... and, by the way, really doesn't show the kind of leadership and toughness you want out of a president. He starts whining before it's even over? When things are going badly and you start blaming somebody else, then you don't have what it takes to be in this job. There are a lot of times when things don't go our way or my way. That's okay. You fight through it. Work through it.

Trump deserves the harsh criticism he's getting for trying to undermine faith in our election process. He has no basis for his claims and is simply making excuses for a terrible campaign.

A shameful spectacle that will be over soon.