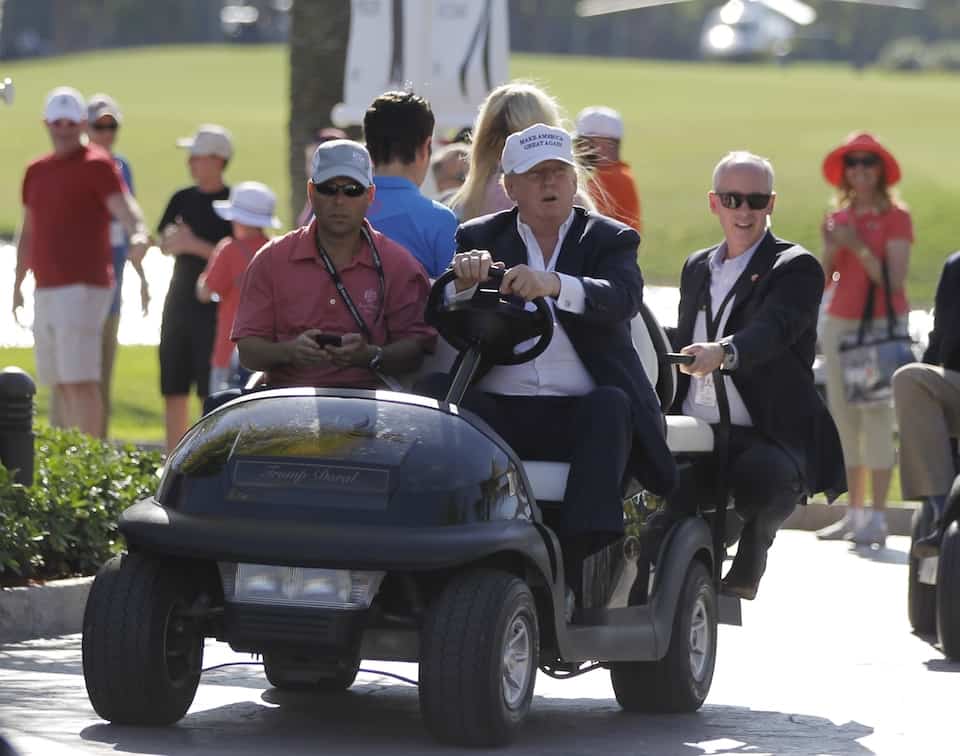 Donald Trump has evinced a notable lack of curiosity about many aspects of the job he claimed to want. One that stands out — and that is particularly galling for the supposed leader of the free world, and in stark contrast to President Obama — is a disinclination thus far to travel outside the country's borders.

It was clear early on in the presidential campaign that Donald Trump was more interested in winning the election than in actually doing the daily work involved with the job, as the laughably thin list of his so-called "historic accomplishments" during his first 100 days shows.

He has demonstrated his mental laziness and utter lack of curiosity in understanding of the world time and time again.

From his shifting positions on NATO, to needing a history lesson from the president of China on the subject of North Korea, to his varied inappropriate behavior toward the prime minister of Australia, the prime minister of Japan, and German Chancellor Angela Merkel — who also had to give Trump a schooling on his supposedly signature issue of trade — Trump has proven that it is a markedly small world in which he lives.

And not just metaphorically.

When Obama took office, he immediately faced the task of improving the United States' standing around the world, after the damage done on a global scale by the George W. Bush administration. And Obama took that job seriously, logging thousands of miles within the first 100 days after his inauguration in 2009.

And the public's admiration at that time for Obama's efforts outpaces current opinion on Trump's ability to do the same by a vast margin, according to a recent Gallup poll:

According to the poll, only 29 percent of Americans believe "leaders of foreign countries around the world have respect for the President." That is less than half of the 67 percent of people who believed Obama was respected by foreign leaders at this point in his presidency, and it even trails the 49 percent who believed this of George W. Bush.

Considering his embarrassing encounters with many world leaders thus far, and his clear preference for authoritarians and dictators, it is difficult to say whether Trump traveling to other countries would actually be helpful.

But it is supposed to be part of the job of president of the United States. Instead, Trump seems content to merely occupy the role, rather than embody it.

Trump spends much of his time — and taxpayer dollars — traveling to his resort in Florida. And he will occasionally travel to other states when he has the chance to grandiosely pat himself on the back, however unearned the personal kudos may be.

But there is a whole world out there with which the United States president ought to be thoughtfully engaged. Obama understood this well. But Trump? He surely has a tee time to meet.