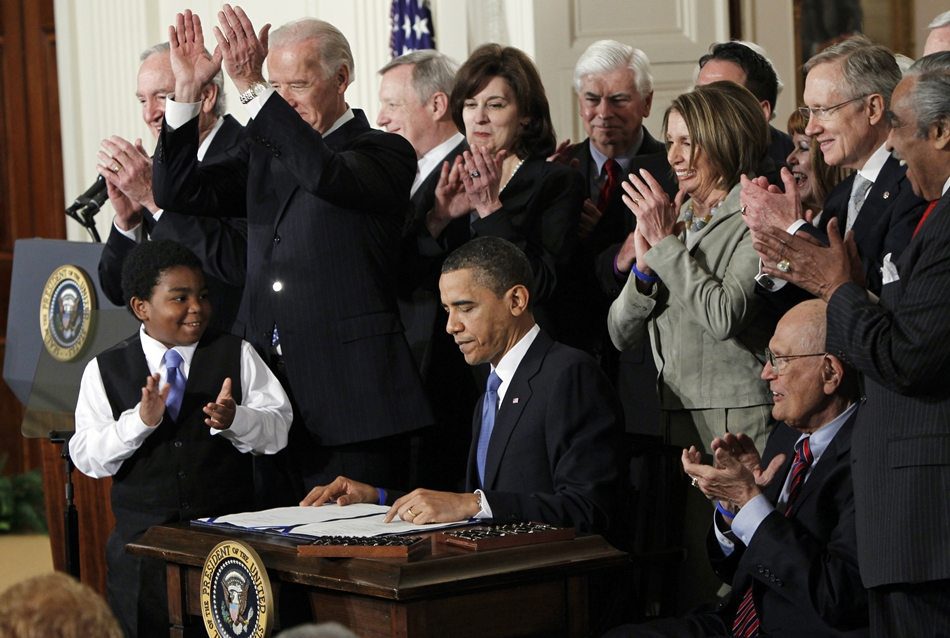 With no insurance and a life-threatening illness, Obamacare came to my rescue. But my story is not unique. All around the country, people have shared their stories of finding lifesaving coverage through the ACA.

After a bitter legislative battle, Obamacare passed by a hair. I followed the news closely. I knew it was was a landmark day for millions without coverage.

Then Obamacare became personal to me because along with millions of others, I lost a good job during the Great Recession. I managed to pay my very expensive COBRA coverage for more than a year, but that option ran out.

And that's when I started to get frequent bouts of pancreatitis from gallstones.

Each time I showed up in the ER, the doctor would examine me and then warn me I needed immediate gallbladder surgery or I might die. But as soon as I said I had no insurance, my condition  was no longer an emergency. It was still two years until Obamacare kicked in, and I resigned myself to being just another anonymous statistic who might die from lack of medical care.

Then a friend told me there was interim coverage for preexisting conditions included in Obamacare for every state that wanted it. And yes, Pennsylvania was one of those states. I finally located the program and signed up. I even recruited a local state legislator to help move up the effective date, so I could have the surgery without waiting.

Obamacare saved my life. And I’m only one of many Americans who can say that.

David Tedrow of North Carolina got the liver transplant he needed. Abby Schanfield was diagnosed at 21 with a life-threatening congenital disorder. Because of Obamacare, she was added to her parents’ coverage, despite her pre-existing condition. The list goes on:

@PoliticalDoggy my gf n I talk about this all the time n I get choked up. ACA SAVED MY LIFE!!! I have rare form of epilepsy 🙁 #Obama2016

Obama will go down as one of the greatest presidents ever. I can honestly say the ACA saved my life. I'm still a... https://t.co/cDk1lbSUhv

B4 the #ACA my cancer would have kept me from getting health insurance; the law saved my life #acaanniversary.

@SpeakerRyan The #ACA saved my life on 1-9-2011 at age 24. I saw you roll your eyes on The House Floor, when @RepJohnYarmuth told my story.

@FLOTUS @POTUS I am 47 and I have never wept before at the thought of a president leavening office - until now. He saved my life with ACA.

Even Republicans are now coming forward to thank President Obama for the landmark legislation, though not the same Republicans who voted more than 60 times to repeal it.

As I’ve written before, it looks like low-income people in Arkansas and Kentucky, which expanded Medicaid insurance, appear to be healthier than their peers in Texas — who did not. The New York Times notes: “Their survey found people in Arkansas and Kentucky were nearly 5 percent more likely than their peers in Texas to say they were in excellent health in 2015. And that difference was bigger than it had been the year before.”

Obamacare is also bringing down the rate of premium increases. Dept. of Health & Human Services research concludes that premium increases were 7% lower in states that accepted Medicaid expansion. Since the expansion was turned down by Republican governors, that’s yet another reason not to vote for Republicans in state races.

Obamacare isn’t perfect, but it has saved lives. Including mine.