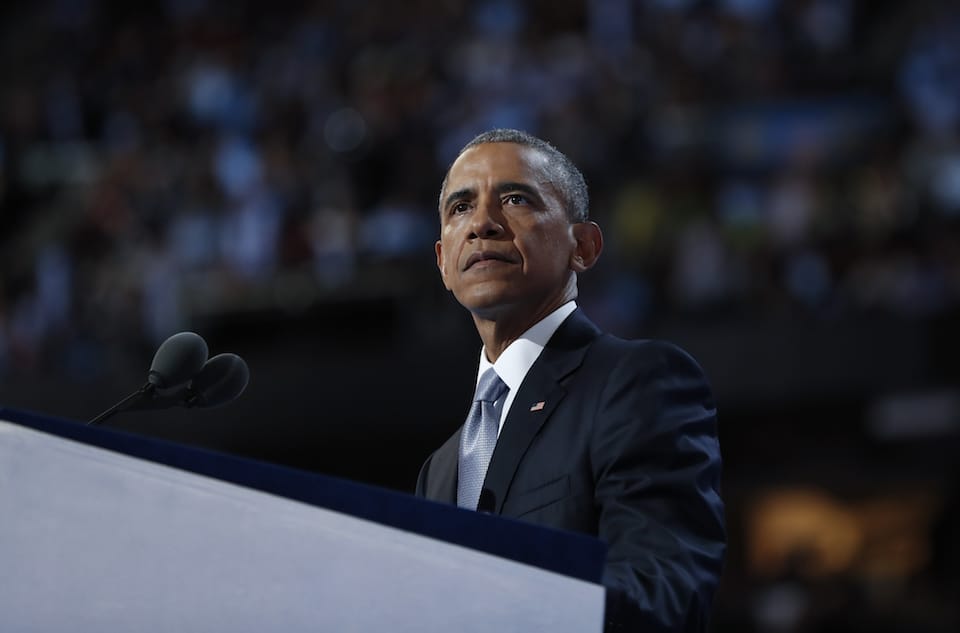 Appearing before thousands who had turned out to hear him at an event in Montreal, Canada, former President Barack Obama took Donald Trump to task for destructive tenure thus far. But he also evinced his characteristic hopefulness, asserting, "I’m convinced the future does not belong to strongmen."

The Toronto Star reported that the statement "garnered applause from the crowd."

The comment came on the same day that Canadian foreign minister Chrystia Freeland rebuked Trump's decision to pull America away from leading the world, which "puts into sharper focus the need for the rest of us to set our own clear and sovereign course."

Obama also reiterated his criticism of Trump's decision to pull out of the Paris climate accord, noting, "Even with the temporary absence of American leadership, (the deal) still gives our children a fighting chance."

"Democracy is hard and its gains are often fragile if we as citizens are not tilling the soil and maintaining democracy," he added.

Trump has used his office to promote his private business interests while refusing to divest from them as others have.

He has praised authoritarian regimes from North Korea to the Philippines, while pushing propaganda that bears no resemblance to reality in order to inflate his public standing.

And Obama's vocal opposition to authoritarianism and his embrace of global leadership, and the positive reception both stances have received in the United States and around the world, stand in stark contrast to Trump's damaging bluster, which has increasingly turned America into a pariah on the global stage.