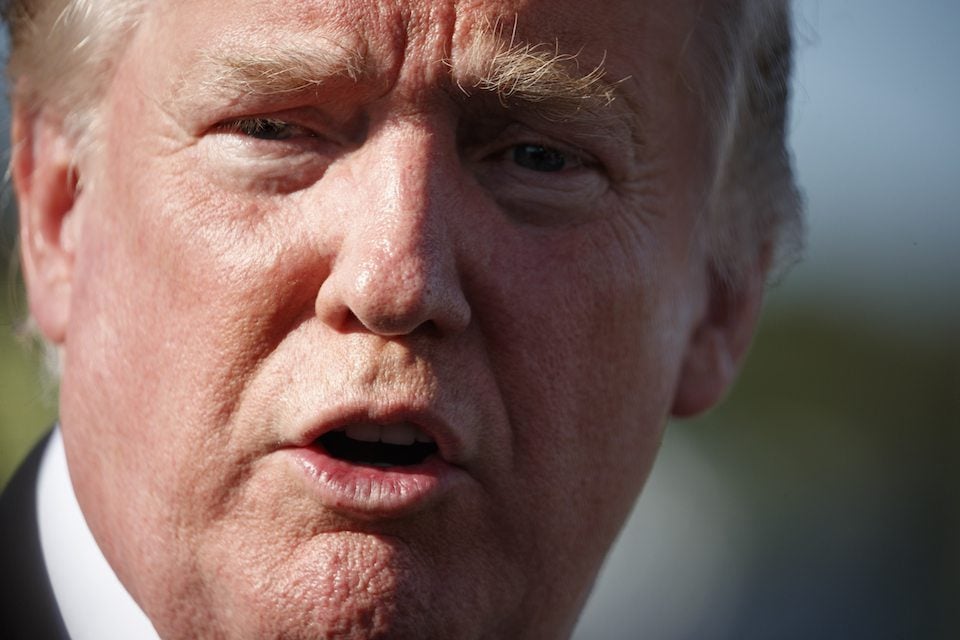 Adopting a brazen, we're-not-even-trying-to-hide-it attitude, Donald Trump and his team are openly discussing how they want to use a secret, dubious report that attacks the FBI to further obstruct the Russia investigation.

CNN reports that "Trump is so frustrated with the Russia investigation and, in turn, [Deputy Attorney General Rod] Rosenstein that he may look for any opportunity to build a case for Rosenstein's firing."

Trump thinks releasing this partisan attack memo is the "key to making changes at the Justice Department  particularly pushing out Rosenstein," the Washington Post reports, and he's hoping it will convince people the investigations by the FBI and special counsel Robert Mueller are "biased against him, and that could give him reason to force Rosenstein out."

Rosenstein remains central to the investigation into possible collusion between Trump and Russian operatives because Trumps attorney general, Jeff Sessions, recused himself from having any connection or oversight of the probe.

That task now falls to Rosenstein, who has said he is satisfied with the investigation.

Not only would firing Rosenstein trigger a constitutional crisis, but it would add further evidence to potential obstruction charges against Trump, which Mueller is already investigating.

Trump's behavior around and toward Rosenstein has already raised flags. During a December meeting last year, Trump quizzed him about the direction of  Muellers investigation, and, according to CNN, "wanted to know whether Rosenstein was on my team.'"

Also in December, Trump "complained that Rosenstein has shown insufficient accountability on the special counsels work," the Washington Post reported. Back then, Trump dubbed Rosenstein a "threat to his presidency."

If Trump ever got desperate enough to fire Mueller himself  something he attempted last June, but he was foiled by his own White House counsel threatening to quit  he would have to go to Rosenstein and demand he do it, as Rosenstein is the only one with authority.

If Rosenstein refused, Trump would have to fire him and likely others inside the Department of Justice leadership until he found someone willing to complete the White Houses command to get rid of Mueller.

For a president who insists he's innocent,  Trump sure does spend a lot of time concocting elaborate defensive maneuvers.