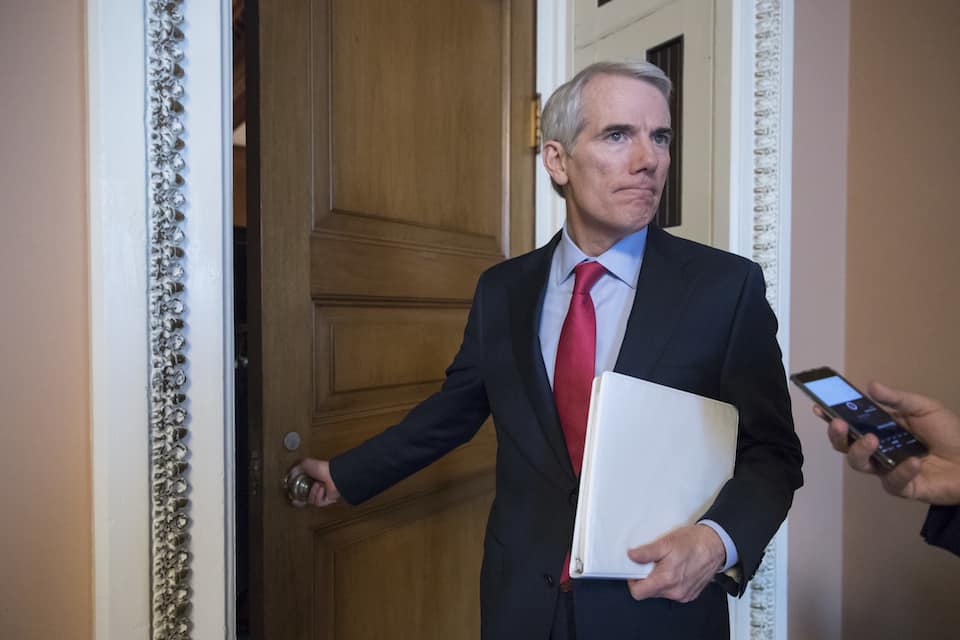 Sen. Rob Portman's constituents didn't let him get away with trying to avoid their questions on the GOP's health care bill.

Sen. Rob Portman of Ohio is still on the fence about the health care repeal bill, because of possible cuts to Medicaid and concerns about the opioid crisis in his state. But for over a month and a half, he has been unwilling to hold town halls on the matter.

So 18 of his constituents got on a bus, traveled for six hours, and brought the town hall to him.

In a video captured by ThinkProgress, one of the protestors speaks of taking two days off work just to speak with Portman. And when they couldn't get their questions answered, a group of them staged a sit-in outside his office and began reading letters about their personal health care problems.

Constituents chanted, "No hearing, no vote!" while one Ohio resident tweeted "Capital police came to check the ruckus. We're fine thanks, but @senrobportman appears to be lost!!"

To be sure their message was driven home, one of them wore a t-shirt emblazoned with a list titled, "Why We Bussed 6 Hours to See Senator Portman."

Senate Majority Leader Mitch McConnell (R-KY) is expected to release a draft of the Senate’s health care bill Thursday, which has been cloaked in secrecy. Even some of the 13 members supposedly working on the bill have not seen it, and neither had Health and Human Services Secretary Tom Price.

Republicans hold a 52-seat majority in the Senate, and while they may change the rules to allow them to pass legislation with only 51 votes, they cannot afford to lose "moderates" like Portman.

But Ohioans who oppose the GOP's repeal plan have a lot more on the line, and they're ready to hold their Republican senator to account.

GOP senator snubs assault survivors: 'I know this is enjoyable to y'all'

Americans in all 50 states will protest Trump's attack on families

Children descend on Senate to shut down Trump's baby jails

Americans raise millions to reunite families while Trump does nothing