Home National Omarosa warns: 'Every critic will have to bow down to President Trump'
Progressive journalism is under attack. Please help us fight back!
DONATE 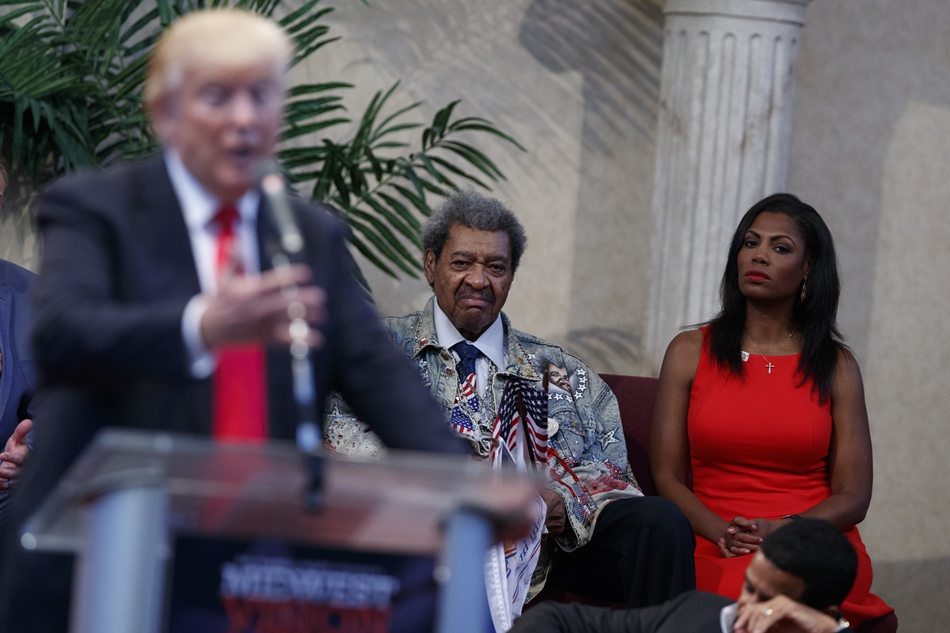 Omarosa is a leading Donald Trump surrogate. When she says "every critic will have to bow down to President Trump," don't scoff. It reflects the bullying culture of Trump's campaign.

Alarmingly, this is not an outlier remark, but emblematic of a campaign designed to intimidate critics:

Omarosa: 'Every Critic, Every Detractor, Will Have to Bow Down to President Trump' https://t.co/wJhPmVyukH (VIDEO) pic.twitter.com/WkznzNSdDT

Here is the full quote:

Every critic, every detractor, will have to bow down to President Trump. It’s everyone who’s ever doubted Donald, who ever disagreed, who ever challenged him. It is the ultimate revenge to become the most powerful man in the universe.