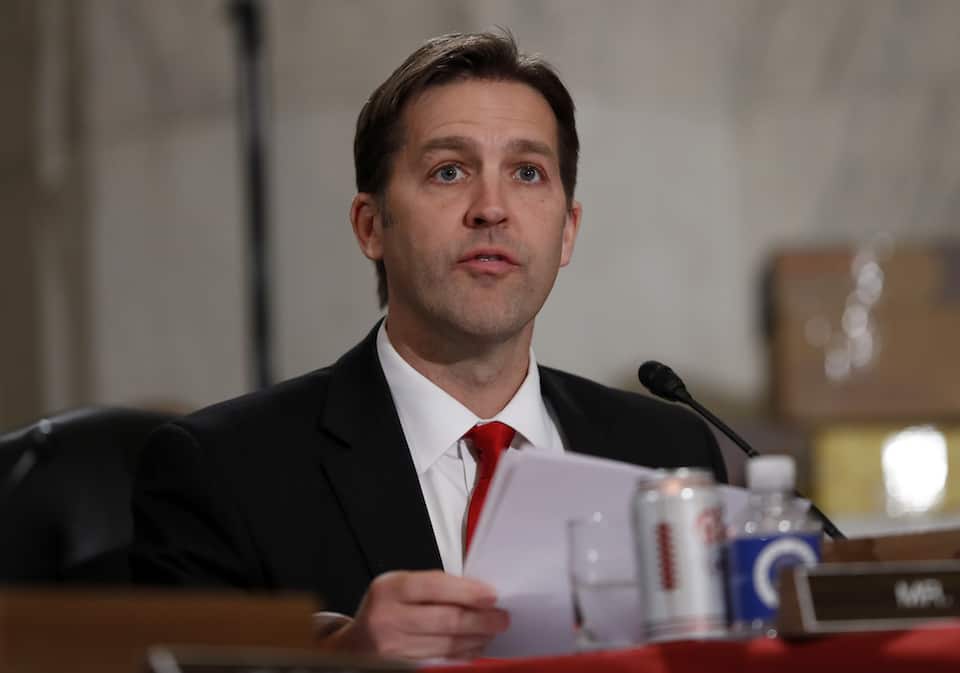 It has now been several weeks since Donald Trump appeared to libel President Obama by declaring that Obama wiretapped Trump Tower, and scant few Republicans have denounced that lie. One GOP senator has finally stepped up to agree that Trump should apologize, while another Republican senator completely unraveled when he was asked about a Trump apology. [See update below.]

Even after FBI Director James Comey testified that his agency and the Department of Justice "looked carefully" at Donald Trump's lie — that President Obama wiretapped Trump Tower — and found no evidence to support it, the White House still refuses to withdraw the claim, and most Republicans still won't call on Trump to apologize.

Prior to Comey's testimony, House Republicans Tom Cole (R-OK) and Will Hurd (R-TX) had been the only elected Republicans to suggest that Trump apologize, but since then, Sen. Ben Sasse (R-NB) has become the first Republican senator to do so, with cajoling from Morning Joe's Mika Brzezinski:

Brzezinski: How do you recover from a lie that has really put a stain on the presidency? Should president Trump apologize? Would that help at this point?

Sasse: Well, I, I don't really understand what motivates the president. But I hope the president will take a long-term view of what the country needs. When people look back on his administration...

Brzezinski: Wouldn't it help if he, if he kind of got real with everybody and said, "I, I, I'm sorry..."

Sasse's status as a leading-edge "NeverTrumper" indicates that this is likely not the opening of floodgates, as is the near-simultaneous meltdown that Sen. Chuck Grassley (R-IA) underwent when he was asked the same question by CNN's Chris Cuomo. A flummoxed Grassley took several shots at a strategy for answering the question, before finally giving up and gruffly insisting that Cuomo change the subject:

Grassley: Your question is based on what I heard yesterday. That's where you started your question. I can't answer your question, because I didn't have one eye on the television set all day yesterday in regard to the Comey investigation, so I can't go into any anything about that, that you're asking me about.

Cuomo: But you know that there's absolutely no proof of the president's allegation, right?

Grassley: And I know that there's no proof yet that the -- that that administration was talking to the Russians, as well.

Cuomo: But what does one have to do with the other? One was made by the president, and I'm asking you whether or not he should own the falsity of that accusation?

That stark contrast further illustrates just how committed almost every other Republican is to enabling Trump's lie, which respected law Professor Lawrence Tribe says could be an impeachable offense. It would be a supreme irony if Trump were brought down by the very libel laws that he seeks to loosen, but with these Republicans in the majority, that prospect is dim.