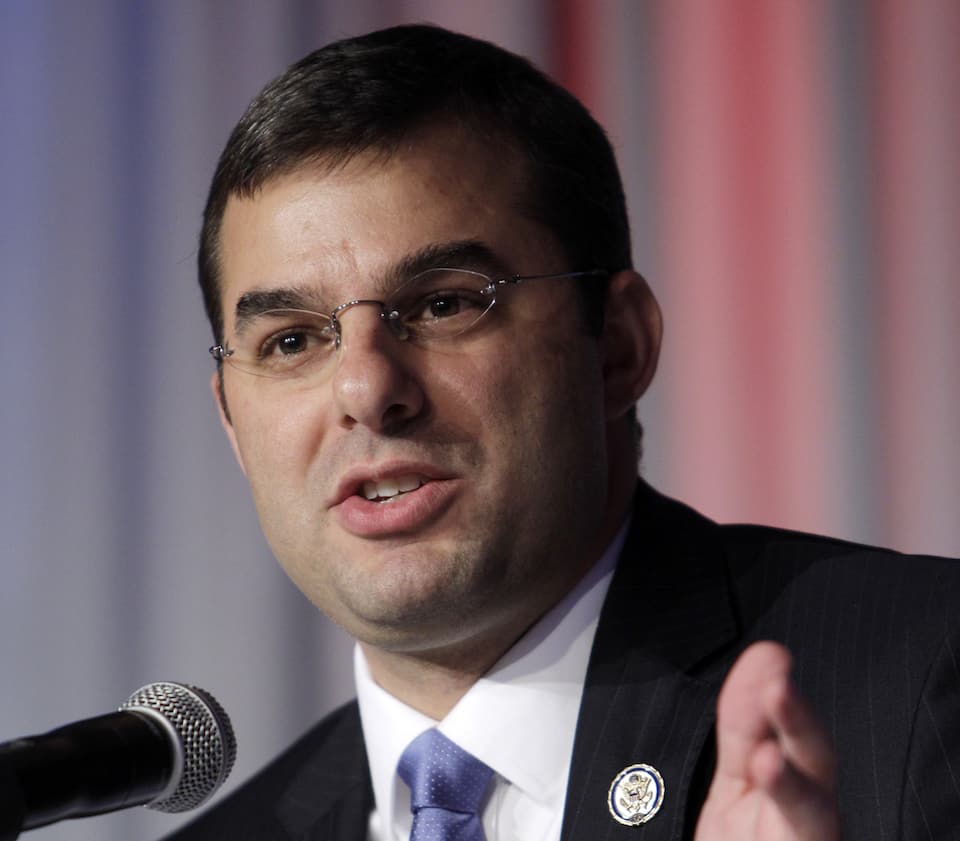 AP Photo/Carlos Osorio, File)
Get The American Independent in your inbox

UPDATED: Rep. Carlos Curbelo and Rep. Justin Amash have become the first Republicans to publicly acknowledge Donald Trump's behavior may be impeachable, while the rest of the GOP continues to test the political winds.

[See correction below, making clear that Rep. Carlos Curbelo was actually the first of two Republicans to broach impeachment.]

Rep. Justin Amash (R-MI) and Rep. Carlos Curbelo (R-FL) have become the first two congressional Republicans to admit that Donald Trump’s behavior may rise to the level of an impeachable offense.

Amash told The Hill that if former FBI Director James Comey's memo detailing Trump's request that he back away from investigating Michael Flynn is accurate, his actions would merit impeachment. Amash was quick to add, "But everybody gets a fair trial in this country."

Amash also told another reporter that he has "more confidence in Director Comey" than he does in Trump.

Amash has previously been a Trump critic, and Trump's social media director publicly called for the congressman to be primaried after Amash criticized Trump's health care bill for not being conservative enough.

In an interview with CNN discussing Trump's actions, Rep. Curbelo said, "Any effort to stop the federal government from conducting an investigation, any effort to dissuade federal agents from pursuing an investigation is very serious and could be construed as obstruction of justice." He added, "Obstruction in the case of Nixon and in the case of Clinton in the late 90s has been considered an impeachable offense."

Other Republicans have exhibited cowardice in the face of revelations that Trump leaked classified information to the Russians and interfered in the FBI's investigations by pressuring Comey and then firing him. These scandals have not led to Republican action.

Instead, Republicans either have continued to make excuses for Trump – some are now laughably claiming his conversation with Comey was a joke – or have simply described his alleged actions as "troubling" without taking action.

Democrats have taken the lead in defending America's democratic institutions while nearly all Republicans continue to put party over country.

CORRECTION: Per Jeremy Schulman at Mother Jones, Amash was actually the second Republican to suggest that Trump's actions may be impeachable offenses. Rep. Carlos Curbelo of Florida was the first:

This correction we just ran makes clear how bad it's gotten for Trump (original error was my fault, not reporter's)https://t.co/FAoFpF4VwX pic.twitter.com/vLKlkaHF2U