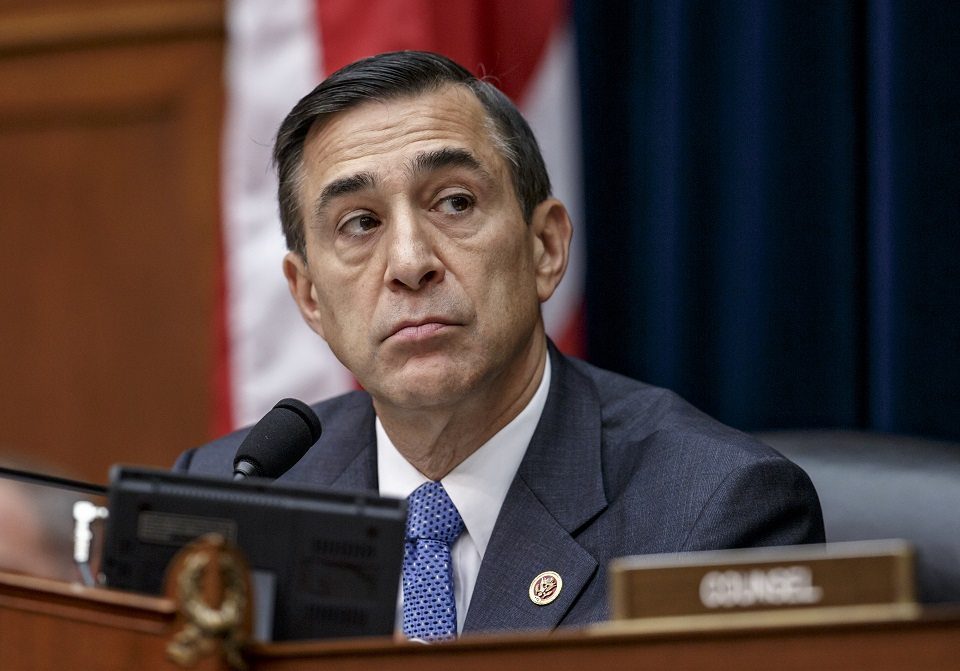 Only one Republican lawmaker thus far has joined Democrats in calling for an independent special prosecutor to investigate Trump's ties to Russia, something 2/3 of Americans support. But the nominee for Deputy Attorney General refused during his confirmation hearing to commit to making such an appointment.

Given all the questions about Donald Trump and his team's ties to Russia, approximately two-thirds of Americans support the appointment of a special prosecutor to investigate the matter in the interests of national security and sovereignty.

Following Attorney General Jeff Sessions' recusal from such an investigation — which resulted from pressure after it was discovered Sessions lied during his confirmation hearing about his own communications with Russian officials — Senate Democrats led the call for the appointment of an independent special prosecutor.

If DOJ refuses to appoint a special prosecutor, we'll urge GOP to work with Dems to create a new, improved independent counsel law.

This matter calls for a special prosecutor, which is appointed by the A.G. #Sessions must also recuse himself from that process.

Recusal is not enough. Special Counsel at the bare minimum.

We need a special prosecutor totally independent of the AG. We need a real, bipartisan, transparent Congressional investigation into Russia.

And here's @BernieSanders calling for a special prosecutor pic.twitter.com/EcPbm3vRhu

To date, only ONE Republican, Representative Darrell Issa of California, has joined the Democrats in explicitly calling for a special prosecutor and also noting the need for that prosecutor to be independent and not the Deputy to the Attorney General:

You cannot have somebody, a friend of mine Jeff Sessions, who was on the campaign and who is an appointee. You're going to need to use the special prosecutor's statute and office to take — not just to recuse. You can't just give it to your deputy. That's another political appointee.

That is right: Only one Republican out of 238 Congressional Representatives and 52 Senators is concerned enough about national security and sovereignty to support an independent special prosecutor to investigate interference by a foreign adversary in the affairs of the United States.

As a result, leading Democrats have called for the Deputy Attorney General nominee, Rod Rosenstein to commit to appointing an independent special prosecutor as a condition for their support of his confirmation. Schumer commented, "The Senate Judiciary Committee is going to have a hearing on the nomination of Mr. Rosenstein to serve as the deputy attorney general. During that hearing Mr. Rosenstein should commit to naming a special prosecutor to look into the Trump campaign's ties to Russia."

Blumenthal went further, threatening to do everything in his power to block Rosenstein if he refuses to make such a commitment:

Unfortunately, the political reality is the Democrats simply do not have the numbers necessary to block any of Trump's nominees as long as their Republican colleagues all support that nominee.

During his confirmation hearing, Rosenstein was asked about committing to appointing an independent special prosecutor and danced around the question:

With regard to the special counsel in this or other cases — I know this is the issue du jour on Capitol Hill — but, I anticipate that, if I were the Deputy Attorney General, we'd have a lot of matters coming before the department over time, and I would approach them all the same way. I would evaluate the facts and the law, consider the applicable regulations, consult with career professionals in the department, and then exercise my best judgment, if I were Acting Attorney General, or provide my best advice to the Attorney General, if he were not recused, about what I believe is the right course of action.

Not only did Rosenstein refuse to commit to appointing an independent special prosecutor, he minimized Russia's actions that potentially compromised the United States government, calling it the "issue du jour," and equated the most important national security issue in decades with every other matter coming before the DoJ.

America deserves and demands better. The American people have a right to an investigation of Trump and his team's ties to Russia led by a prosecutor independent of any partisan bias, and there is precedent for such taking such an action. The GOP's continuing refusal to support this call is a reprehensible display of putting the interests of their party over the security of our country.