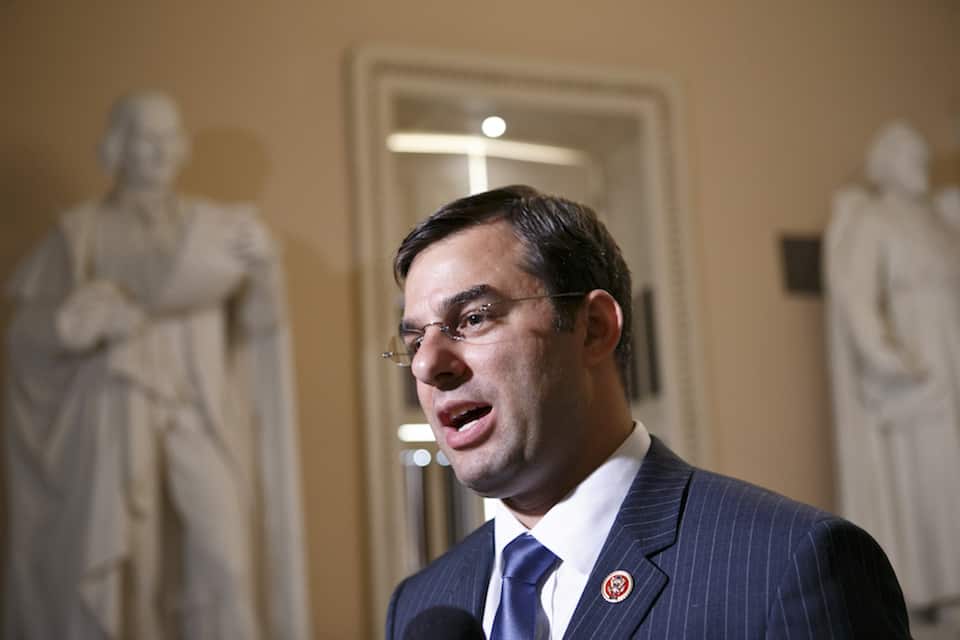 Every Democrat in the House of Representatives has signed on to a bill calling for an independent investigation into Russia's interference in the 2016 election. On the other side of the aisle, however, only 2 out of 238 Republicans have joined them.

In January, House Democrats introduced the "Protecting American Democracy Act" to get to the truth about Russia's interference in the presidential election. Every single member of the Democratic caucus signed on to co-sponsor the bill.

Their Republican colleagues were not as eager to support it.

After several weeks, one Republican, Rep. Walter Jones of North Carolina, signed on. Now the number of Republicans supporting the bill has doubled to a whopping two, with Michigan's Justin Amash finally signing on as well.

Happy to join my friend @RepWalterJones as another Republican cosponsor of @RepSwalwell's bill. This investigation must be nonpartisan. https://t.co/So3J6hGpMn

One would assume that investigating and answering all the questions such an issue of such critical national security importance raises would be a concern for all Americans, regardless of political affiliation, as Amash and the Rep. Elijah Cummings (D-MD), author of the legislation and ranking member of the House Oversight Committee, have both noted:

Elected Republicans who choose not to step forward in defense of our democracy will be forced to answer to their constituents and American voters. Recent polling already shows Democrats are poised to take back control of the House in the 2018 election.

It is clear that if Republicans do not change course, voters will elect representatives who are willing to do the necessary work of seeking answers and holding this administration accountable.