Home National Panicked Trump desperately begs his base not to leave him in racist...
Support progressive journalism.
Donate today 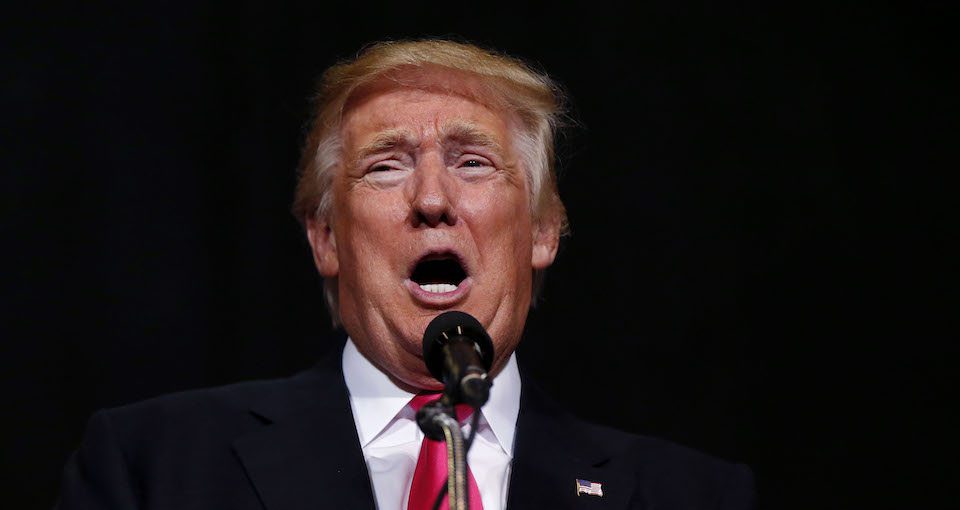 Feeling the heat from his own supporters after appearing to soften on work permits for Dreamers, Trump frantically took to Twitter with a fresh helping of nativist red meat.

Thursday was not a good day for Donald Trump with his far-right, anti-immigrant, white nationalist base.

After Trump met with Democratic leadership and reportedly negotiated on both DACA work permits and the border wall, prominent Trump supporters took to social media and the airwaves to warn him that he was "dead among his base" if he kept it up. Some Trump voters are now even burning their MAGA hats.

The same people who shrugged when KKK leader David Duke said he and Trump are on the same page lost their minds when Senate Minority Leader Chuck Schumer said it.

Trump, who has gone to absurd lengths to make this narrow slice of white supremacists happy, was clearly stung, because Friday morning, he jumped on Twitter and aggressively pandered to them.

First, he attacked the British government for failing to prevent a terrorist attack before they had released all the details, prompting condemnations from terror experts and British officials. He then cited it as an example of why the Muslim ban should be "far larger" and why we should "cut off the Internet."

Loser terrorists must be dealt with in a much tougher manner.The internet is their main recruitment tool which we must cut off & use better!

The travel ban into the United States should be far larger, tougher and more specific-but stupidly, that would not be politically correct!

He then followed up with an attack on President Barack Obama and a claim that he has "made more progress in the last nine months against ISIS than the Obama Administration has made in 8 years," glossing over the fact that his Pentagon is in fact following Obama's ISIS plan exactly.

We have made more progress in the last nine months against ISIS than the Obama Administration has made in 8 years.Must be proactive & nasty!

Next, Trump lobbed an attack on ESPN for commentator Jemele Hill's completely accurate description of him as a "white supremacist" and demanding that the network apologize — which it already did.

ESPN is paying a really big price for its politics (and bad programming). People are dumping it in RECORD numbers. Apologize for untruth!

Finally, he rounded off the rant by vowing he would oppose any allowance of "chain migration" — a derogatory, charged term for family members of U.S. residents being granted residency as well.

CHAIN MIGRATION cannot be allowed to be part of any legislation on Immigration!

It is obvious from this series of jumbled hyper-nationalist outbursts that Trump is genuinely afraid of losing the base he has worked so hard to cultivate and bring into the mainstream of American politics. Every policy decision he makes is grounded in his immediate emotion. And we as Americans are paying the price.