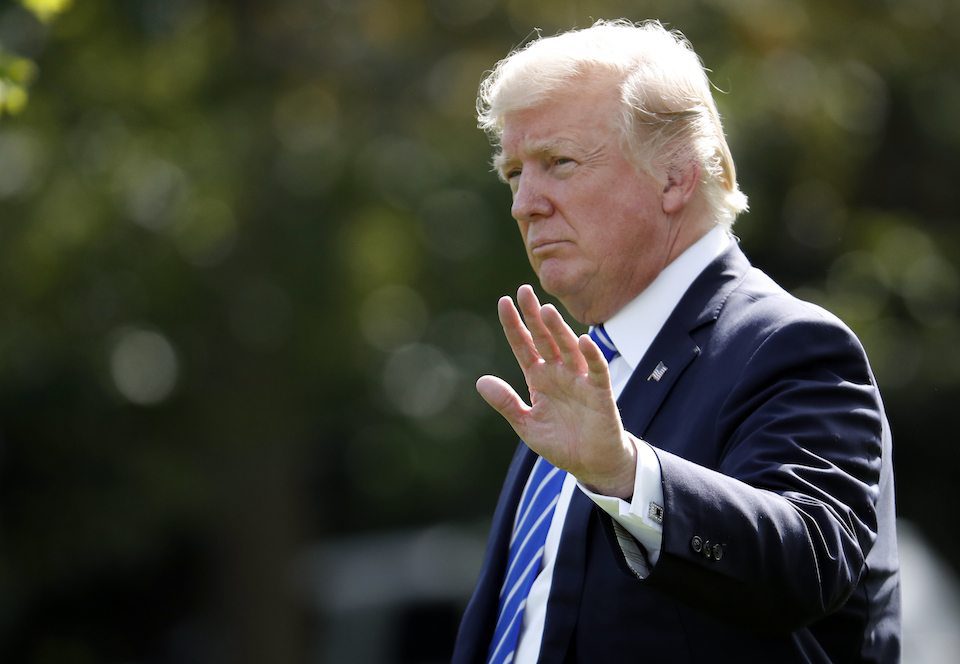 Donald Trump ramped up his attacks on Gold Star wife Myeshia Johnson, then ran away from reporters as they tried to ask him why her husband's doomed mission in Niger was authorized.

Donald Trump refused to answer multiple questions from the media on the botched operation in Niger he authorized that led to four American soldiers being killed.

Trump, who has usually relished the opportunity to speak his mind, was uncharacteristically silent hours after using his Twitter account to attack a Gold Star widow.

Myeshia Johnson told ABC that she was insulted by Trump's phone call after the death of her husband, Army Sgt. La David Johnson. When Trump told her that Sgt. Johnson "knew what he signed up for," she said Trump "made me cry."

"He couldn’t remember my husband’s name," she added.

Almost immediately, Trump lashed out on Twitter, denying her account of the events and insisting that he "had a very respectful conversation" and "spoke his name from beginning, without hesitation!"

Yet during multiple appearances in front of the press after the bullying move, Trump refused to answer questions about the incident.

Trump, after appearing next to Singapore's prime minister Lee Hsien Loong in the Rose Garden, did not take any questions from the press, and scurried away as reporters asked him "what happened in Niger" and if he would take "any questions on the ambush."

The event was the third press availability of the day where Trump hid from the media.

REPORTER: Can you tell the public what happened in Niger?

[Trump turns and walks away]

REPORTER: Mr. President, any questions on the ambush?

REPORTER: Do you have a response to Myeshia Johnson, Mr. President?

REPORTER: Can you talk to us about Niger, Mr. President?

Reports show that Trump authorized the doomed mission even after the military warned there were not enough support assets in the region to help in case something went wrong. It went very wrong, and now four men are dead.

Americans are demanding that Trump come clean and explain the circumstances surrounding the mission. The public has been kept in the dark, as senior officials like Mike Pence continue to insist that troops on the ground against ISIS have "support."

The men in Niger did not, and that gave forces, believed to be ISIS, an open shot to kill Americans. The ambush can send a signal to those hostile to the U.S. that they can act with impunity in a hostile fashion toward the nation's soldiers.

When Americans die in those attacks, their families and those supporting them will be attacked and defamed by Donald Trump and his cronies. And if you try to hold him accountable for doing so, he will run away.