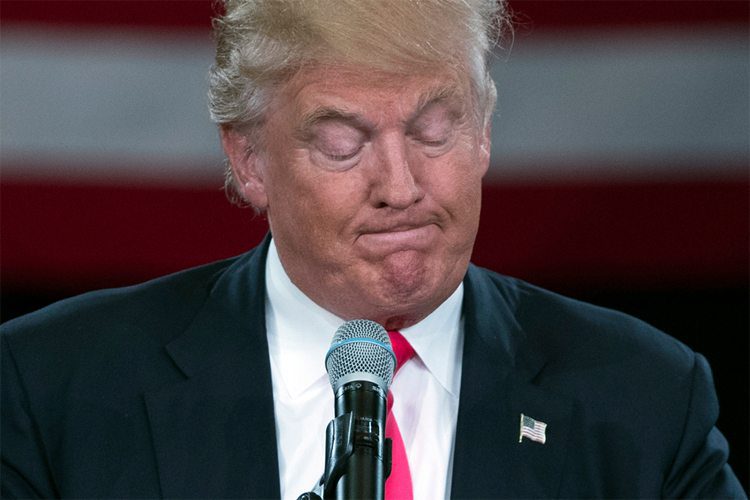 Richard Hall
Get The American Independent in your inbox

The Trump administration is attempting to silence reporters from even asking any more questions about the ongoing investigation into the Trump campaign's interactions with Russia.

The Trump White House has decided to completely shut down all lines of questioning on Russia.

On Wednesday, White House press secretary Sean Spicer announced, during what was supposed to be an off-camera press gaggle, that the administration would no longer address any such questions.

Multiple reporters confirmed the latest creative initiative to avoid addressing one of the most pressing and concerning national security questions in recent history.

I'm told WH will indeed no longer take any questions on Russia -- "on all of it" -- and policy will remain in place until further guidance.

Spicer now referring all Russia probe questions to outside counsel. Good luck with that!

Instead of answering questions from reporters on Trump's actions while serving in public office, the White House plans to deflect these inquiries to his personal attorney, Marc Kasowitz, who has worked for Trump for 15 years and was part of the Trump campaign's attempt to push back on reporting about Trump sexually harassing women.

Kasowitz was recently hired to navigate Trump through the legal proceedings of the scandal enveloping the White House.

Michael Cohen, another of Trump's longtime personal attorneys and strong advocates, is now a part of the investigation and is facing congressional subpoenas.

The clamp down on Russia questions is the latest attempt from Trump to compartmentalize a growing crisis in his presidency.

The press should be allowed to ask questions and receive answers on an issue that affects every American, and brings into question the sanctity of the electoral system and process.

Trump should not be allowed to evade accountability in the daily briefing just because it generates negative headlines that prompt angry late night tweets.

Given Trump's reputation for compulsive tweeting, however, it might not be long before Trump violates his own White House's new rule, and starts commenting on the issue again, against the advice of his attorneys.