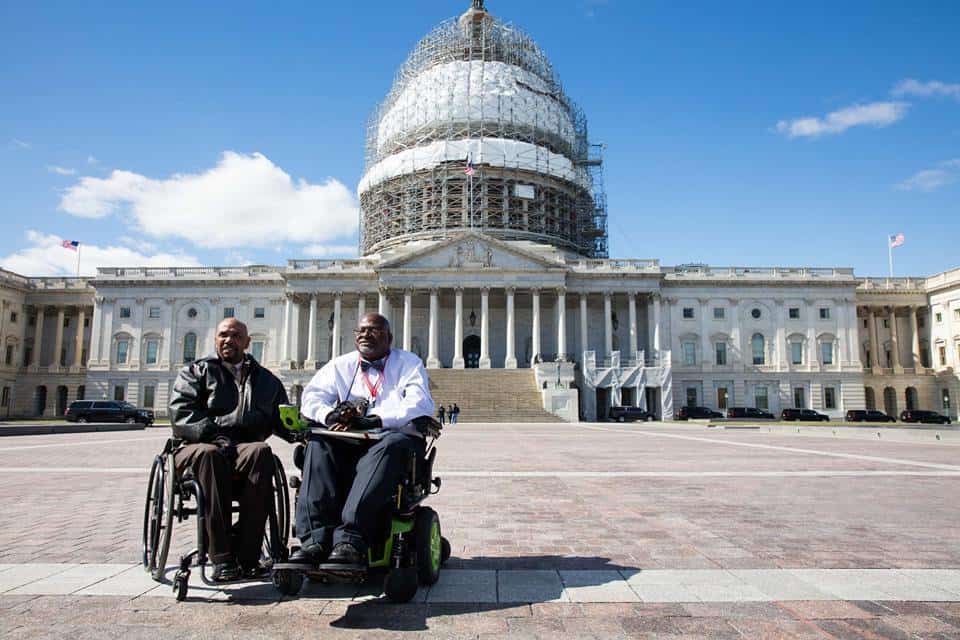 Paralyzed Veterans of America
Get The American Independent in your inbox

Republicans chose partying with Donald Trump over working to address concerns about the health care repeal bill that disabled veterans raised before the vote.

The health care repeal bill that the House of Representatives passed Thursday on a strictly partisan vote contains a provision that will make life worse for military veterans.

Paralyzed Veterans of America warned Republicans about the provision, but Republicans ignored the warning, passed the bill, and then went to celebrate with Donald Trump in the Rose Garden of the White House.

The American Health Care Act strips tax credits from 7 million veterans that were put in place by the Affordable Care Act (Obamacare).

Military Times reports that the veterans group came out against the Republican bill, "in part because of concerns that it could leave millions of veterans ineligible for the tax credits." Republicans ignored the group, which has been around since 1946, with an emphasis on veterans who have experienced spinal cord injury or dysfunction.

Republicans brushed off the concerns, and claimed that existing IRS rules cover the tax credits. But the IRS rules apply to Obamacare, and are not necessarily applicable to whatever the Republican bill would end up putting in place.

Democrats also issued warnings to Republicans about the legislation's effect on veterans. Rep. Tim Walz (D-MN), the ranking member of the House Veteran's Affairs Committee, told Military Times, "House Republicans never listened to our warning, and as a result, if this deeply flawed legislation passes as it is written, millions of veterans and their families could have diminished choice in where to seek care."

Instead, Republicans rammed through passage of a bill they didn't even read, without subjecting it to analysis from the Congressional Budget Office. Having beer delivered to the Capitol for a celebration, followed by a strange Rose Garden ceremony to celebrate with Trump even though senators have already said this bill is dead on arrival, was apparently of higher importance than addressing veterans' concerns.

Will Fischer, Iraq War veteran and director of government affairs for VoteVets, blasted the GOP's behavior in a statement to Shareblue:

We cannot be more clear: There will be an extraordinarily steep price to pay for passing this bill and stripping tax credits from millions of veterans. We are warning all members right now, you will own this vote. We are going to make sure every one of your constituents knows you voted to kill health insurance tax credits for veterans. We will run ads, we will knock doors, we will send direct mail. You won't be able to go anywhere without your constituents pointing at you and saying, 'That's the Congressperson who voted to punish veterans with TrumpCare.

Sen. Tammy Duckworth (D-IL), who is a veteran with a disability, vowed to "fight this proposal in the Senate tooth and nail to make sure that every one of my brothers and sisters who wore the uniform of this great nation – and every American – is able to receive the care they deserve."

Republicans showed that the lure of a party with Trump and the prospect of giving him something to crow about was more important than working for veterans who have given up their bodies for the country.