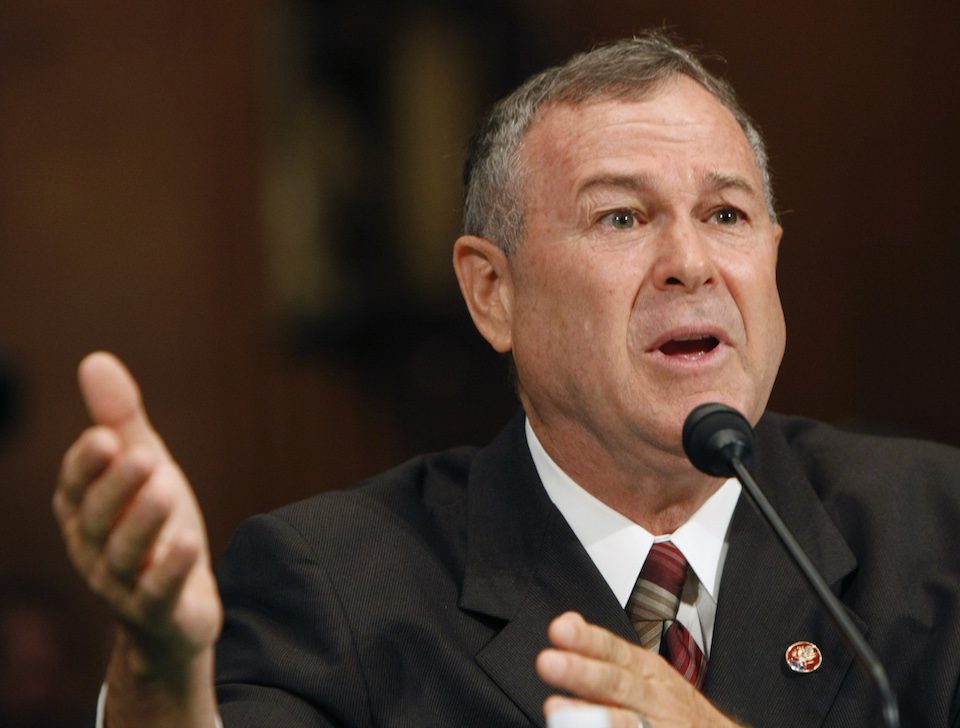 A jury in Virginia found Paul Manafort, Trump's former campaign chairman, guilty on multiple counts of felony tax fraud this week. The ripples of those guilty verdicts reached the other side of the country to Rep. Dana Rohrabacher (R-CA).

Rohrabacher recently told the L.A. Times Manafort was one of his "old friends," and mentioned they first met working together on Ronald Reagan's campaign.

Both men also have unusually close ties to Russia. According to Roll Call, Manafort worked "on behalf of the pro-Russian political party in Ukraine that held power there from 2010 to 2014." Manafort met with Rohrabacher in 2013 and discussed matters related to the pro-Russian Ukrainians.

Three days after their meeting, Manafort made a $1,000 donation to Rohrabacher's campaign, Roll Call reported.

After learning Manafort was a convicted felon earlier this week, Rohrabacher's spokesperson told Roll Call that the congressman intends to fulfill a pledge to donate the $1,000 to a local charity. The spokesperson said the charity has not be chosen yet.

For five years, Rohrabacher was content to be associated with Manafort, a fact that did not sit well with his Democratic opponent, Harley Rouda.

"Why, after sitting on this contribution for over 5 years, is @RepRohrabacher donating his contribution from convicted felon Paul Manafort after their 'nice little dinner'?" Rouda asked on Twitter.

Rohrabacher hosted Russian lawyer Natalia Veselnitskaya at a black-tie inauguration party in January 2017. Her presence, and several other prominent Russians cavorting with Rohrabacher, "caught the attention of counterintelligence officials at the FBI, according to former U.S. officials, although it is not clear which attendees drew U.S. government interest," according to the Washington Post.

Vaselnitskaya is the same Russian lawyer who met with several members of the Trump campaign in Trump Tower in 2016, after the Russians offered dirt on Hillary Clinton.

More recently, Rohrabacher was linked to alleged Russian spy Maria Butina. Rohrabacher met with her and other Russian associates in St. Petersberg in 2015. Two years later, Rohrabacher, Butina, and others dined at a fancy French restaurant just miles from the Capitol building in Washington, D.C.

When first confronted with Butina's arrest, Rohrabacher claimed it was part of a "deep state" conspiracy intended to undermine Trump's relationship with Russia.

Manafort also gave Rohrabacher $1,000 in 1997, according to the Center for Responsive Politics. There is no indication Rohrabacher intends to return or donate that contribution.

For the first time in his 30-year congressional career, Rohrabacher is in danger of losing his seat. Before this election, Rohrabacher's closest margin of victory was nine points in 2008. In each of his other 13 elections, he won by double-digits. But this year, election experts forecast a tight race.

The most recent poll shows Rouda with a small lead. Cook Political Report calls the race a "toss up." And at FiveThirtyEight, election experts give Rouda a 65 percent chance of winning.

And it probably doesn't help that Rouda was already ahead of Rohrabacher in fundraising, even before Rohrabacher had to get rid of the cash he received from a convicted felon.