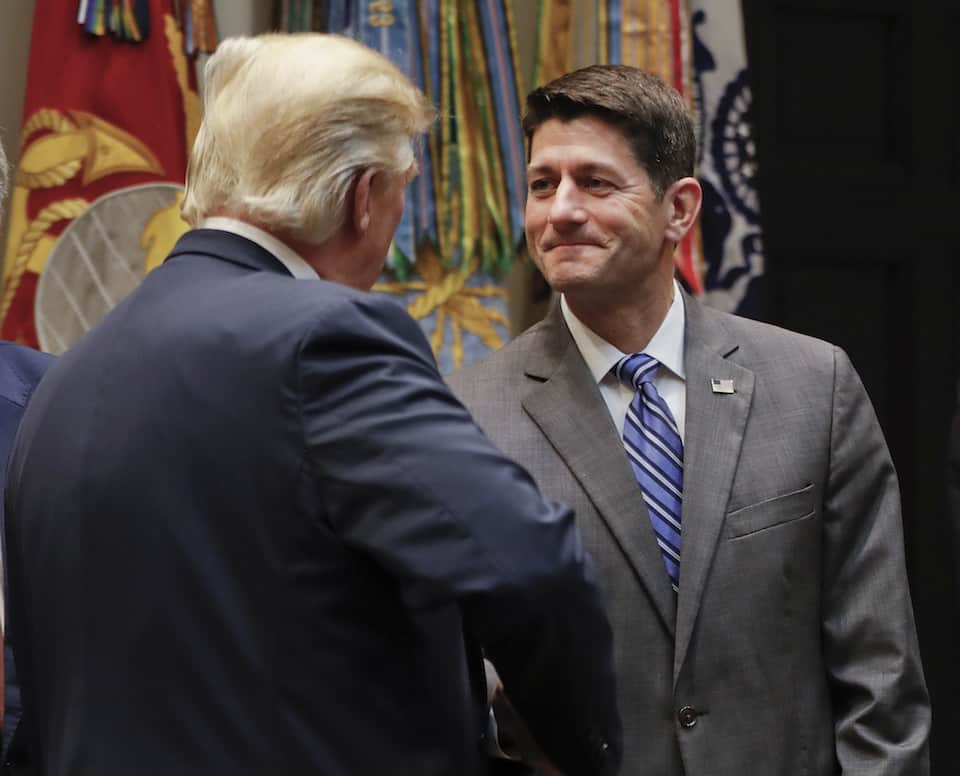 Republicans are now drafting tax legislation using the same secretive process they used with health care reform, and they plan to ram through even more massive tax cuts for the mega-rich.

Republicans are using the same technique they used to draft the health care bill in total secrecy in order to jam through tax reform legislation aimed at rewarding the wealthiest Americans.

The Associated Press reports that the Trump White House, working in concert with top Republican leadership in Congress, will draft the legislation affecting the entire United States economy behind closed doors. Rank and file members of Congress, representing the interests of millions of voters, will not be privy to the details.

Gary Cohn, Trump's top economic aide, actually bragged about the plan at a meeting of technology executives saying, "We don’t want to be negotiating the tax bill on the floor."

And Speaker Paul Ryan, whose top priority has been a complete overhaul of the entire tax system to give massive tax cuts to the rich and to cooperations, is only too happy to cooperate with the White House in order to achieve his goals.

“We will not wait for a path free of obstacles because it does not exist," he said. "And we will not cast about for quick fixes and half-measures. Transformational tax reform can be done, and we are moving forward. Full speed ahead."

The broad outlines of the upcoming tax proposal indicate that it will be in the tradition of previous Republican legislation. In April, the Trump team released a one-page proposal that would cut tax rates for individuals by a small percentage while cutting tax rates for businesses below 15 percent.

It replicates the approach seen in the tax cuts passed under George W. Bush's administration in 2001 and 2003. Those cuts devastated the U.S. and global economy by creating massive deficits and reducing revenue that was desperately needed to fight the global recession fueled by deregulated mortgage transactions.

And those cuts were enacted in a more traditional legislative environment. The approach now being embraced by Donald Trump, Ryan, and Senate Majority Leader Mitch McConnell is likely to have all the downsides of the Bush cuts, with the addition of hidden provisions and favors tucked into legislation created behind closed doors.

The scheme continues a pattern of secrecy and steadily eroding norms that has been the hallmark of the Trump era. Despite health care's importance to millions of people, the Senate bill that would strip health insurance from 23 million people was drafted and negotiated in secret.

In concert with that obscurity, the White House went into media lockdown mode, telling news outlets that they could no longer record or broadcast multiple press briefings — a directive the mainstream media went along with.

The Republican Party is wholly embracing Trump's authoritarian mindset, crafting legislation affecting the country and the entire world based solely on his directives in total secret, locking out the voters from having any say in their own future.