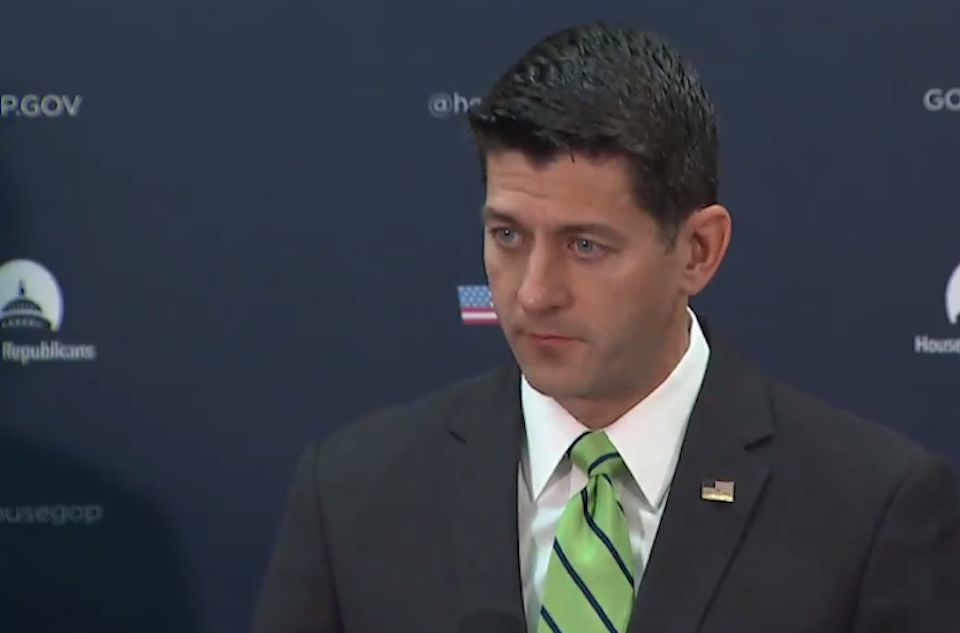 The GOP House Speaker evidently forgot about the role of his own party in attacking access to mental health care and oversight.

As Americans struggle to make sense of the horrific mass shooting in Las Vegas, GOP lawmakers have been hiding from any discussion of guns.

When they get the chance, Republicans try to steer the debate anywhere else. One of their longtime favorite deflections is to say that gun violence is simply a matter of fixing “mental health care” in this country. It is, however, they only time they express willingness to discuss improving access to mental health care.

.@SpeakerRyan: "Mental health reform is a critical ingredient to making sure that we can try to prevent" mass shootings. pic.twitter.com/jQG46BXjMY

RYAN: I think one of the things we’ve learned from these shootings is that often, underneath this, is a diagnosis of mental illness. This is why we spent years working on mental illness reform, with Congressman Murphy’s bill, and that’s why the House of Representatives passed landmark mental health reform just a year ago. That law is now being implemented. So I think it’s important that as we see the dust settle, and we see what was behind some of these tragedies, that mental health reform is a critical ingredient to making sure that we can try to prevent some of these things from happening.

The reality is that just two weeks ago, Ryan was openly pulling for the Senate to pass the Graham-Cassidy bill, which would have made it legal — with states’ blessing — for insurers to remove mental health coverage from their policies.

I appreciate Senators Graham and Cassidy continuing to work on a plan to pass the Senate. I’ll take federalism over Obamacare any day.

Nor is that all. Earlier this year, Ryan twisted arms in the House to pass the American Health Care Act, another repeal bill that would have ended access to mental health and substance abuse treatment for millions of people.

All due respect Mr. Speaker, you and your party celebrated taking mental health care from millions just months ago at the White House. https://t.co/NHolw88hw9

And Ryan also shepherded through a bill, signed into law by Trump, to block an Obama-era rule that would have prevented people on Social Security who receive mental health support from buying guns.

Ryan, in short, has a legislative record of denying people access to mental health care, and allowing people with mental illness to buy high-powered weapons. He has no business discussing mental health reform when he is one of its greatest obstacles.

Health care of people with mental illness is not just a prop to be used at will to silence advocates of tougher gun laws, much less from lawmakers who have done their utmost to scapegoat the mentally ill and leave them in the cold.