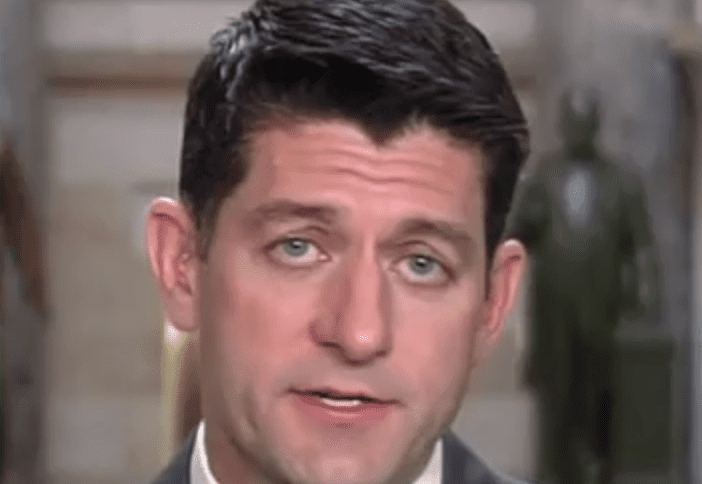 The truth is out: Trump and his fellow Republicans never cared at all about Dreamers.

When Speaker Paul Ryan went on Fox News to brag about the omnibus funding bill his party is trying to ram through Congress, he made a terrible mistake.

He admitted what Republicans have been trying to deny for months: The party took young immigrants known as Dreamers hostage to extort funding for Trump's border wall.

"We said, let's do multiyear funding for the wall for multiyear relief for the DACA kids, and [the Democrats] walked away from that, they wouldn't take that," Ryan said. "So what we're doing here is, there isn't a DACA solution here. We have the wall in here."

DACA is the Obama-era program Trump rescinded last year that had protected nearly 1 million immigrants brought to the United States as children from deportation. At the time, Trump and his Republican enablers in Congress insisted they didn't really want to start deporting young Americans. They simply wanted to find a better solution.

That's not what the party that controls Congress and the White House has done though. While Trump has been taunting Democrats for months, claiming his party wants to fix DACA, his only "solution" is a trade. They'd give protections for kids in exchange for billions of dollars to build his wall.

If Republicans really cared about these young immigrants, they would act immediately to protect them without any conditions. But the White House has said it's only interested if it gets something out of the deal.

And now Ryan has confirmed that cynical plan of extortion. He and Trump offered Democrats a temporary DACA fix in exchange for funding the wall. When Democrats refused, Republicans simply went forward with the wall and stripped out the DACA fix.

Trump needlessly and heartlessly threw the lives of 800,000 young immigrants and their families into chaos when he rescinded the program. For months, they have waited for a solution — a solution Trump promised he and his party wanted to give them.

Now Republicans have a chance to do exactly that. Instead, they're revealing that those kids were nothing more than a vicious negotiating tactic all along.