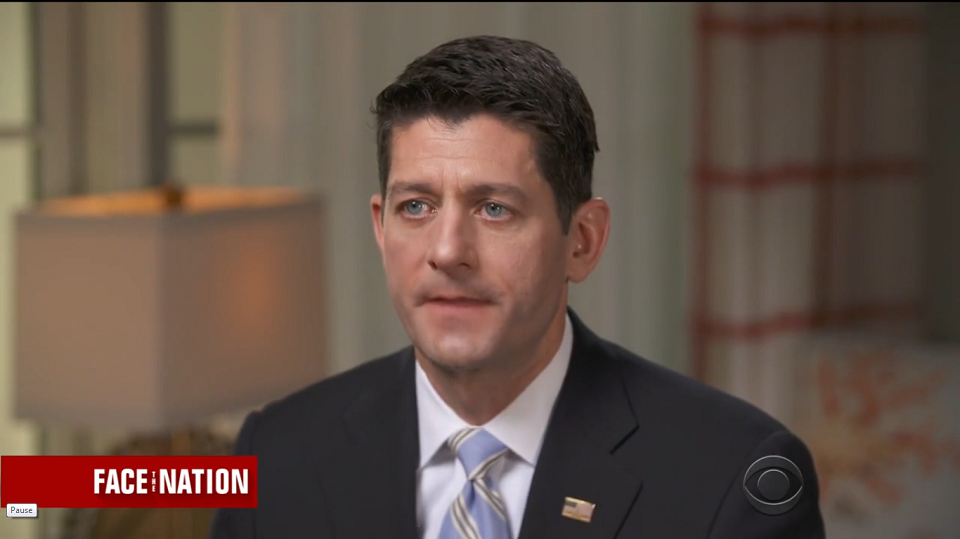 Speaker of the House Paul Ryan (R-WI) has become the latest elected official to promote the narrative that some people just do not want health care.

In the health care debate, the only thing that is arguably worse than the Republican plan to repeal Obamacare are the ways in which Republicans are attempting to sell the plan to the American people.

They began by ignoring the fact that millions will lose insurance, then moved on to asserting that insurance "is not really the end goal" of health insurance reform; comparing life-saving medical care with a "new iPhone"; suggesting that cancer patients go to emergency rooms for treatment; and claiming that poor people just do not want to be healthy.

Speaker of the House Paul Ryan (R-WI) offered a variation on that last theme when he was asked how many people will lose coverage under the Republican repeal plan. On CBS News' Face the Nation, Ryan told host John Dickerson that if people lose coverage, it will only be because they did not want health insurance to begin with:

DICKERSON: How many people are going to lose coverage under this new...?

RYAN: I can't answer that question. It's up to people! Here's the premise of your question: Are you going to stop mandating people buying health insurance? People are going to do what they want to do with their lives, because we believe in individual freedom in this country. So the question is: Are we providing a system where people have access to health insurance if they choose to do so? And the answer is yes.

That response might come as quite a shock to the cancer patient who confronted Rep. Darrell Issa (R-CA) at a town hall meeting, telling him she would not be able to afford her life-saving treatments under the Republican repeal plan. It would also likely be surprising to Tiffany Koehler, a Trump voter who was told by Rep. Ron DeSantis (R-FL) that she should go to the emergency room for her cancer treatments, to hear that perhaps she just did not want health insurance coverage when she lost her job.

In fact, the only people who might possibly "choose" to go without health insurance would be the young and (currently) healthy Americans that Ryan and the Republicans would need in order to avoid the actuarial "death spiral" about which they are also often mendacious.

Many millions will lose coverage under repeal, and it is a sign of desperation that Republicans have stopped trying to deny that fact, and are now trying to make sure Americans blame the choices of those who wind up without coverage, instead of blaming the Republicans who made sure they could not afford it.