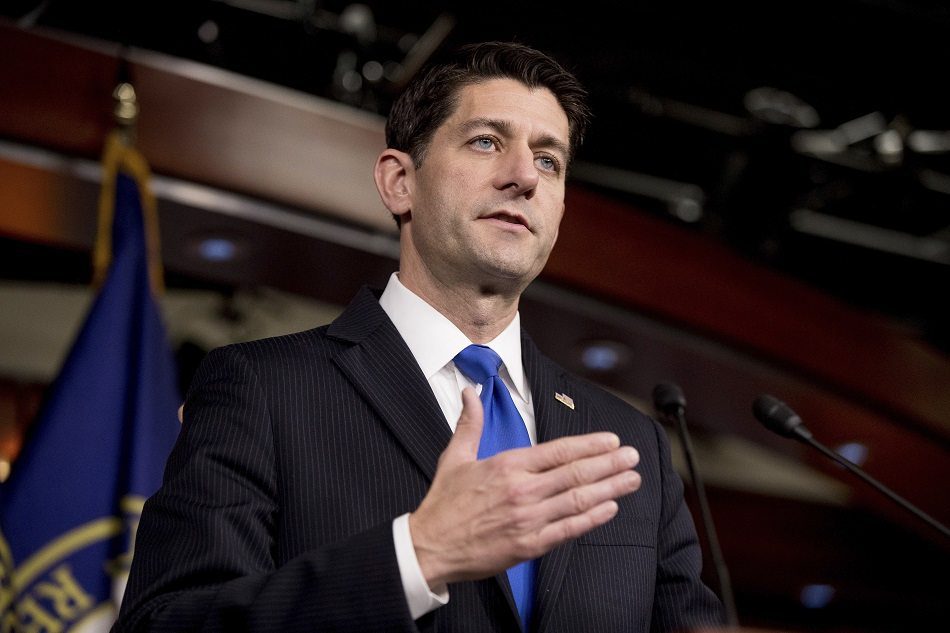 Speaker Paul Ryan revealed more than he probably intended when he said he hoped to repeal the Affordable Care Act "to bring relief to people who are suffering from Obamacare," and admitted he could not promise no one would be "worse off" under a Republican replacement plan.

As soon as Donald Trump pulled off his victory on the evening of November 8th, Republican Congressional leaders vowed an immediate repeal of the Affordable Care Act (ACA). Senate Majority Leader Mitch McConnell (R-KY) promised that repealing the ACA "will be the first item up in the New Year." Speaker Paul Ryan (R-WI) vowed that a repeal is "the first bill we're going to be working on."

However, while there are several plans proposed by Republicans to replace the ACA, most are incomplete and none cover as many people, which means they will have to contend with the anger of constituents who would lose the insurance coverage they only just got, care of the ACA.

Ryan in particular seems to understand the tightrope his party is walking on healthcare reform. Yet in an interview with the Milwaukee Journal-Sentinel, Ryan made a promise to insured Americans that was highly revealing:

[C]learly there will be a transition and a bridge so that no one is left out in the cold, so that no one is worse off. The purpose here is to bring relief to people who are suffering from Obamacare so that they can get something better.

Ryan later clarified that he only meant no one would be "worse off" during the transition, and was making no promises about the replacement plan.

Correction from @SpeakerRyan's office: comments re "no one worse off" just apply to transition period, not eventual replacement plan.

It is a promise he could not possibly make, given that he is well aware that there will be fewer people with healthcare access. Those people will certainly be "worse off."

But those people are not his primary concern. A careful reading of the above reveals who is: Ryan says "the purpose here is to bring relief to people who are suffering from Obamacare."

Who is suffering from Obamacare? Not the estimated 20 million people who are covered by it and have healthcare access as a result.

Perhaps Ryan is seeking to "bring relief" to the people whose premiums have gone up and who believe that the ACA is to blame. In which case, he is doing them a disservice by concealing that the ACA "appears to have had a salutary impact on premiums even while providing more robust coverage."

Or maybe he is seeking to "bring relief" to the insurance companies, who, despite bitter public complaints to misdirect responsibility for rising premiums, are doing more than fine:

While the Dow Jones average has increased an impressive 253 percent since March 5, 2009, Humana’s share price is up a truly remarkable 1,010 percent. No, that’s not a typo. Cigna’s share price has done even better. It’s up 1,113 percent. That’s more than four times better than the Dow. The other big companies aren’t far behind. Anthem is up 469 percent. Aetna is up 628 percent. And UnitedHealth Group is up 814 percent.

But it’s WellCare that takes the prize. Its stock price is up an astounding 1,410 percent. Thanks entirely to its federal and state government customers.

...Despite record-breaking profits year after year, health insurance company executives would like us to believe that Obama has been terrible for health insurers. UnitedHealth’s CEO Stephen Hemsley, who made more than $66 million in 2014, said in November that the company might stop selling policies on the Obamacare exchanges in 2017 because financial results from that segment of its operations have so far been lower than executives had hoped. He said a few weeks ago that the company lost $720 million in 2015 on its individual health insurance business.

These are, presumably, the people who Ryan believes "are suffering from Obamacare" — people who have heavily lobbied his party to ensure attention to their concerns.

Insurance companies will certainly not be "worse off" no matter what plan the Republicans propose. But the people whose health and lives appear to be valued less than corporate profits will be.

(Matthew Chapman contributed to this article.)