Home National Paul Ryan issues 434 words on Charlottesville, and none of them are...
Support progressive journalism.
Donate today 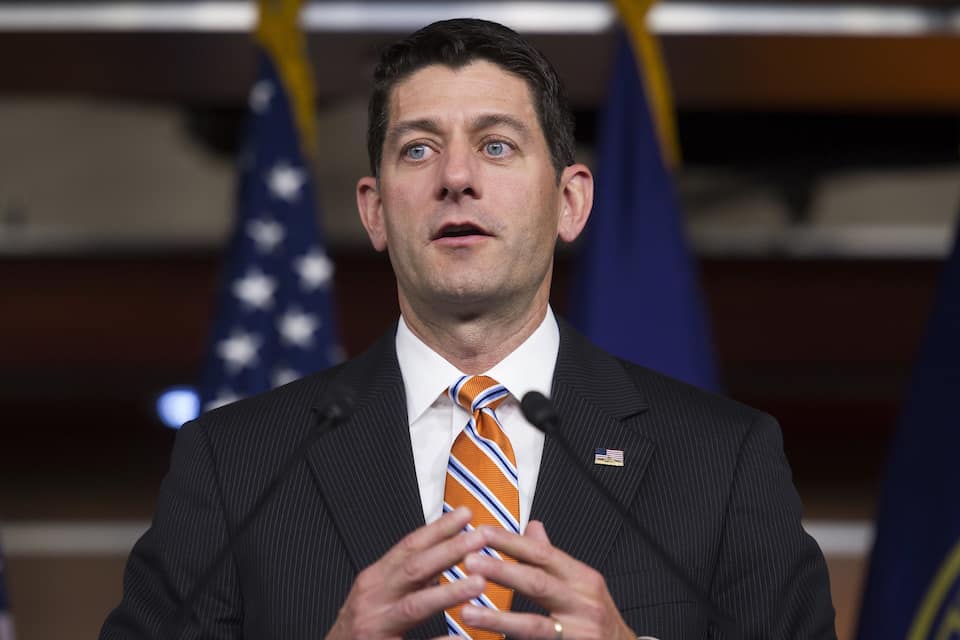 Over a week after the white supremacist riot in Charlottesville, Virginia, House Speaker Paul Ryan finally got around to issuing a statement condemning neo-Nazis and any attempts at "moral relativism." But in the 400+ words he wrote, two are conspicuously absent: Donald Trump.

Someone please lend House Speaker Paul Ryan a compass and a flashlight, because he needs to set off on a search and rescue mission for his spine.

It has been over a week since a mob of neo-Nazis wrecked havoc in Charlottesville, Virginia, resulting in the death of one woman and injuring nearly two dozen other anti-racist counter-protestors — a week that also saw multiple responses to the white supremacist violence from Donald Trump, all of which were repugnant for different reasons.

Trump's initial statement went right for tired false equivalency, insisting that violent behavior had come from "many sides." He went largely AWOL the next day, avoiding accountability for failing to denounce white supremacy, finally offering up a tepid, teleprompter-driven statement that called out neo-Nazis by name —  which he later admitted he only did because the "truly bad" media forced him to.

And then there was his appalling and horrifying press conference the Tuesday following the riot, during which he again blamed "both sides" for the violence, screeching about the supposed "alt-left" and actually having the gall to insist that there were some "very fine people" on the side that included Klan members and Confederate flags.

That repugnant scene brought swift condemnation of Trump, from the media to corporate America to the armed forces to members of Congress — including some from his own party.

But not Mike Pence. And not Paul Ryan, either.

In a 434-word statement posted to his Facebook page Monday, Ryan — rather belatedly — responded to the bigotry-fueled violence in Charlottesville, condemning the ideology that drove it and denouncing such prejudice as antithetical to American values.

But even with all of those words, two were conspicuously absent.

"And so long as [hate] is weaponized for fear and terror, we need to confront it and defeat it," Ryan said.

He continued: "That is why we all need to make clear there is no moral relativism when it comes to neo-Nazis. We cannot allow the slightest ambiguity on such a fundamental question." [emphasis original]

Indeed, there is not. Ryan is correct.

But he offers no indication of who is engaging in such "moral relativism." When he references the nation's "often winding pursuit of a more perfect union," he merely states that the idea of "always trying to be better ... goes especially for our leaders."

"Our leaders." Not "the president." Not "Donald Trump." Just a vague and cowardly reference to a swath of people in power, rather than a specific condemnation of the person with the most power, and the most culpability in this failure of "moral clarity."

"The words we use and the attitudes we carry matter," Ryan said, a statement drowning either in massive ignorance or stunning mendacity.

Ryan has been in Trump's corner time and again, with seemingly no concern for how deeply unpopular it has left him among the public — though he has done his level best to avoid meeting with said public.

This statement was likely released Monday in an attempt to pre-emptively defend himself from tough questions on the matter at his town hall the same day.

But it was a week late and far more than a dollar short. And if Ryan doesn't have the character to call out Trump by name for something this crucial and this clearly repugnant, he may find himself losing more than just public face.