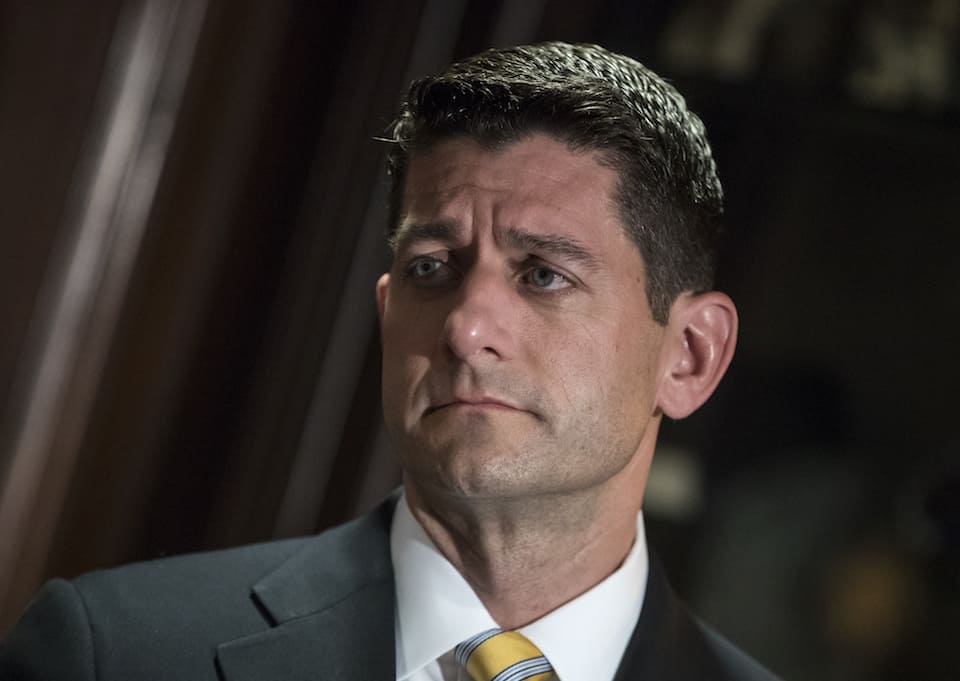 Donald Trump and the Republicans were out in force this weekend lying about the Trump shutdown, but House Speaker Paul Ryan made the extra effort to lie about the 2013 shutdown, as well.

Even though Republicans blocked a Democratic resolution that would have protected military pay during the government shutdown, Trump administration officials like budget director Mick Mulvaney and Mike Pence tried to sell the notion that Democrats are at fault if servicemembers don't get paid.

Ryan peddled that lie as well in an interview on CBS News' "Face the Nation" Sunday morning, telling host John Dickerson that Democrats "filibustered" pay for the troops.

"The Democrats didn't filibuster the payment for the troops separate and apart from " Dickerson corrected Ryan, before Ryan cut him off.

"The bill we passed paid troops," Ryan said, referring not to the Democratic resolution, but to the overall spending bill.

"Right, but in 2013 when there was a shutdown, they did in fact get paid, right?" Dickerson asked.

"No," Ryan replied, "their pay gets deferred."

That news would come as a surprise to Ryan himself, whose own government website still contains a "frequently asked questions" page on the 2013 shutdown, one of which is "Will members of the military be paid?"

Ryan's page states, to this day, that, "On September 30th, the President signed H.R. 3210, the Pay Our Military Act, which ensures that our military personnel on active duty  including reserve component personnel on Federal active duty  continue to be paid through the shutdown."

In fact, Ryan was among the members of the House who voted unanimously for the measure.

The same could be true of this shutdown, if Trump and the Republicans wanted it, and it isn't just Democrats saying so. Stars and Stripes, the military paper of record, noted in an article on Sunday that members of the military "would be paid up to Feb. 1, and then continue on the job without getting paid until the shutdown ended or until Congress and the president agreed to cover their costs before it ended."

Ryan's willingness to lie about it now is further evidence that Republicans have sold their souls to enable Trump.