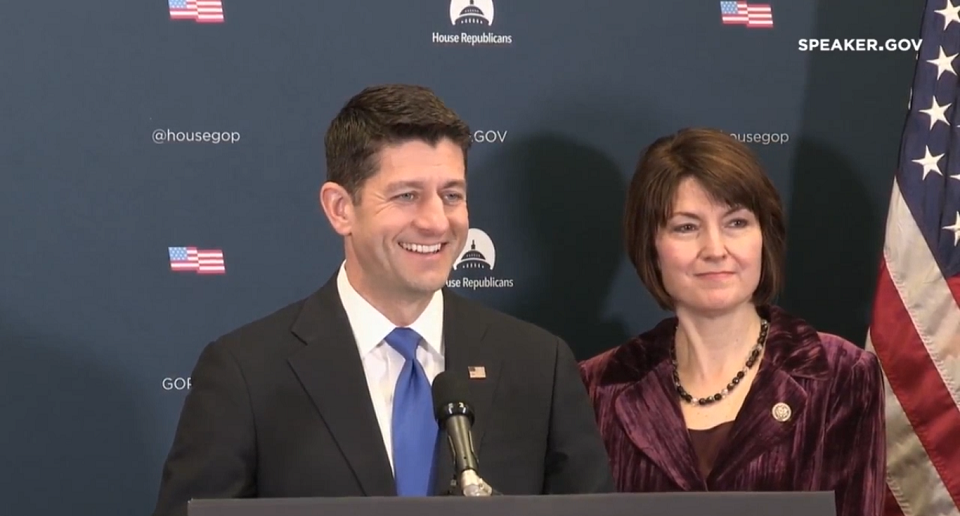 Speaker.gov
Get The American Independent in your inbox

Donald Trump gets well-deserved blame for much of the 'us vs. them' attitude currently infecting politics, but Speaker of the House Paul Ryan put a chilly edge on divisiveness when he laughed it up with his colleagues over the prospect of cutting health care for tens of millions of people.

According to the Congressional Budget Office, repealing the Affordable Care Act will result in 32 million people losing their health insurance in the first ten years, and to varying degrees, Republicans freely acknowledge that their plan will leave people out.

As angry and fearful constituents flood Republican town halls across the country to oppose the repeal of Obamacare, Speaker of the House Paul Ryan was specifically asked about those constituents at a press conference.

He responded with a joke:

REPORTER: Given what you're seeing in town hall meetings across the country, and back in Wisconsin, are you — feel that there is a need now for whatever plan you have for health care, that you must include Democrats in that plan?

Later in the same press conference, Ryan was asked about his longtime quest to cut safety net programs, and again greeted the prospect of cutting health insurance for millions with laughter, this time joined by his fellow House GOP leaders:

REPORTER: On entitlement reform, are you giving up the dream?

The two "entitlements" to which Ryan is referring are Obamacare itself, which has decreased the uninsured rate in this country to a record low, and Medicaid, the expansion of which has covered millions. The "darn good start" Ryan references is to his longtime mission to cut Medicare and Social Security, as well.

It is one thing to hold the misguided belief that hard choices on safety net programs need to be made in the name of fiscal responsibility, but quite another to take blatant glee in making those choices, knowing the harm they will bring to so many Americans' lives. Ryan's performance is a stark reminder that Donald Trump is not the only government figure worthy of resistance.