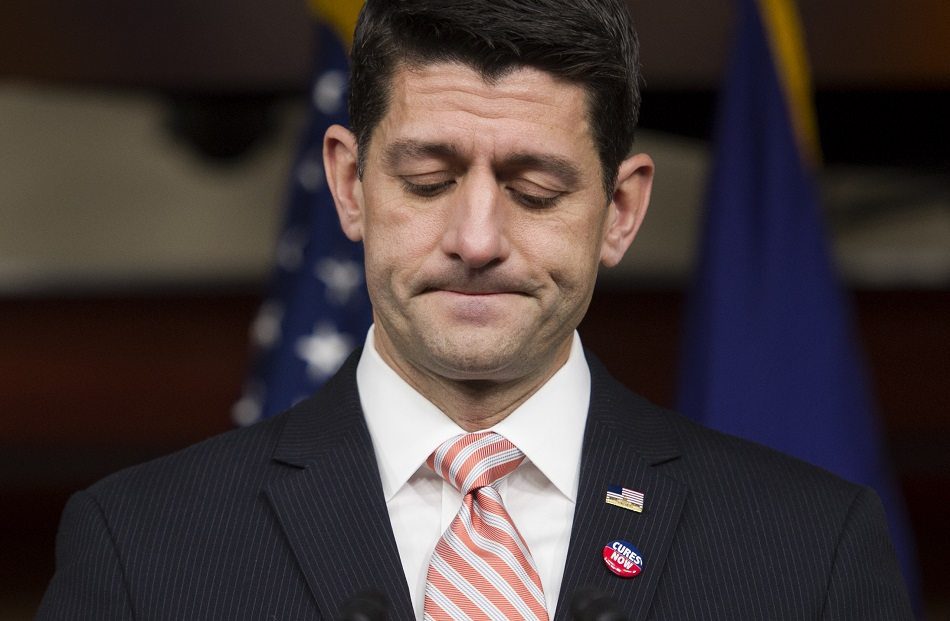 Following the example of President-elect Donald Trump, House Speaker Paul Ryan is trying to use strong-arm — and unconstitutional — tactics to intimidate political opponents.

President-elect Donald Trump has received scrutiny for his eyebrow-raising authoritarian proposals, such as stripping citizenship from political protestors and maintaining a private security force to eject anyone he pleases from his events. But he is not the only Republican resorting to authoritarian threats — House Speaker Paul Ryan (R-WI) is joining in.

In June, a group of Democratic representatives staged a sit-in on the floor of the House to demand a vote on gun control legislation in the wake of the Pulse Nightclub shooting in Orlando, Florida. After the C-SPAN cameras were turned off, some of the representatives live-streamed the protest from their cell phones using Periscope. Ryan was outraged, declaring that "We are not going to allow stunts like this to stop us from carrying out the people's business."

Ryan never did allow a vote on the Democrats' bill, which would have banned gun purchases for people on the no-fly list, something 71% of Americans support. And he has now proposed a new set of rules that would punish any member of the House for staging another sit-in against him:

House members could be fined and referred to the Ethics Committee if they break rules governing electronic video and pictures in the House chamber under a new rule proposed by House Republicans more than six months after the Democrats' guerrilla sit-in over gun control.

Fox News has obtained a document spelling out the proposed penalties. House Republicans are proposing sanctioning members with a $500 fine for the first offense and $2,500 for additional offenses.

"Any subsequent offense will be assessed at the higher amount, regardless of whether it is connected to any other offense by time or proximity," part of the proposal reads.

It is worth pointing out that experts believe this rule to be unconstitutional. Article I gives the House the power to punish members for "disorderly behavior," but the full House must vote on a formal censure. Ryan's proposal would bypass a full House vote and give the members of the Republican-controlled Ethics Committee unchecked power to fine lawmakers for broadcasting footage.

At the end of the day, this is not just about gun control — Ryan's proposed rule would fundamentally make the House less accountable to the people and give House leadership greater power to restrict transparency.

Despite his Beltway reputation as a serious politician, Ryan's decision to upend Constitutional law to punish Democrats removes any doubt that he is cut from the same reactionary cloth as Trump.