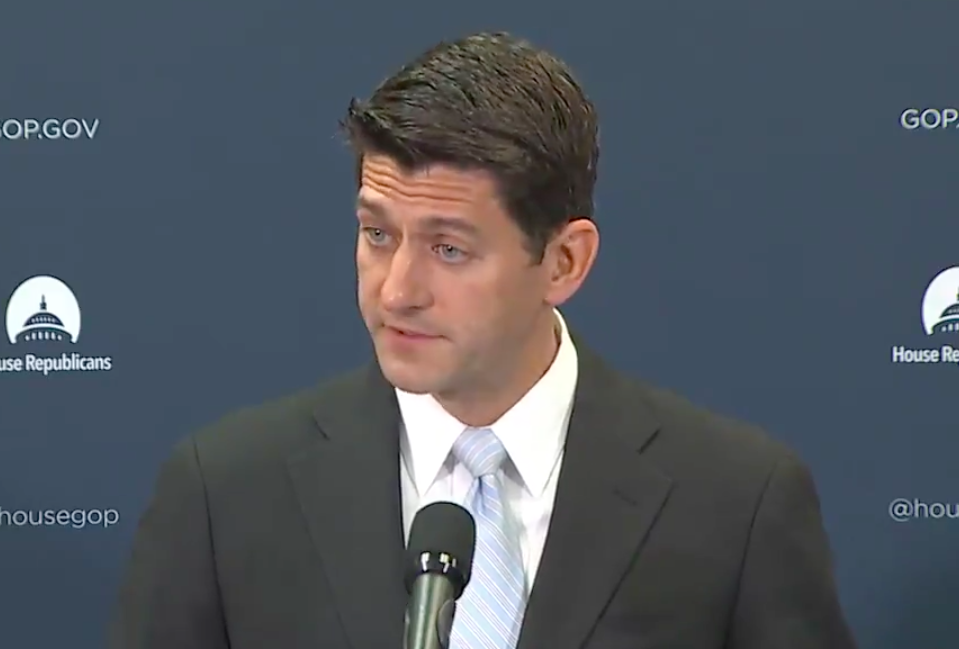 But on Wednesday, the Republican congressman refused to say whether he’d be willing to take a meeting with foreign operatives promising to deliver opposition research on his political opponents.

In the wake of Donald Trump Jr. releasing several 2016 emails confirming his meeting last year with a "Russian government attorney" who offered to provide damaging information on Hillary Clinton, Ryan was pressed on whether he would meet with foreign adversaries.

He responded with typical evasiveness, telling NBCs Katie Hunt, "I'm not going to go into hypotheticals," while insisting that "it's important that we get to the bottom of this."

HUNT: Would you accept a meeting with a representative

RYAN: Oh, I'm not going to go into hypotheticals.

HUNT: Would you accept a meeting with somebody who said, "I have information from a foreign adversary that will help you beat your campaign opponent"?

RYAN: Look, I'm not going to go into hypotheticals, only because I think it's important that we get to the bottom of all of this. As you all know, I supported Bob Mueller being appointed special counsel, and I think we need to let him and his team and our investigators here do their jobs and follow these leads wherever they may lay — wherever they may go and follow the facts.

Ryan’s public dodge came the same day Christopher Wray, testifying before the Senate to become the next director of the FBI, stressed that "any threat or effort to interfere with our elections from any nation-state, or any non-state actor" should immediately be reported to law enforcement.

Ryan’s non-answer also came one day after Rep. Ted Deutch beseeched Ryan to "find his backbone" when dealing with Trump on the issue of Russia.

Suddenly skittish about the topic of foreign interference, Republican leaders last year during the campaign refused to join a bipartisan effort to condemn the Russian hacking of the Democratic Party. Instead, according to a Washington Post report, they made clear that "any effort by the White House to challenge the Russians publicly an act of partisan politics."

At the same time, the GOP aired attacks ads that referenced documents stolen by Russian government hackers, despite urgent pleas from Democrats that Republicans not use the illegally obtained material.

Late last August, Rep. Ben Ray Lujan, then chairman of the Democratic Congressional Campaign Committee, pleaded with his counterpart not to pursue this tactic:

The N.R.C.C.’s use of documents stolen by the Russians plays right into the hands of one of the United States’ most dangerous adversaries. Put simply, if this action continues, the N.R.C.C. will be complicit in aiding the Russian government in its effort to influence American elections.

Now, Ryan claims the question of whether he’d accept campaign help from foreign operatives is a "hypothetical."

But it’s not: Ryan already did it.