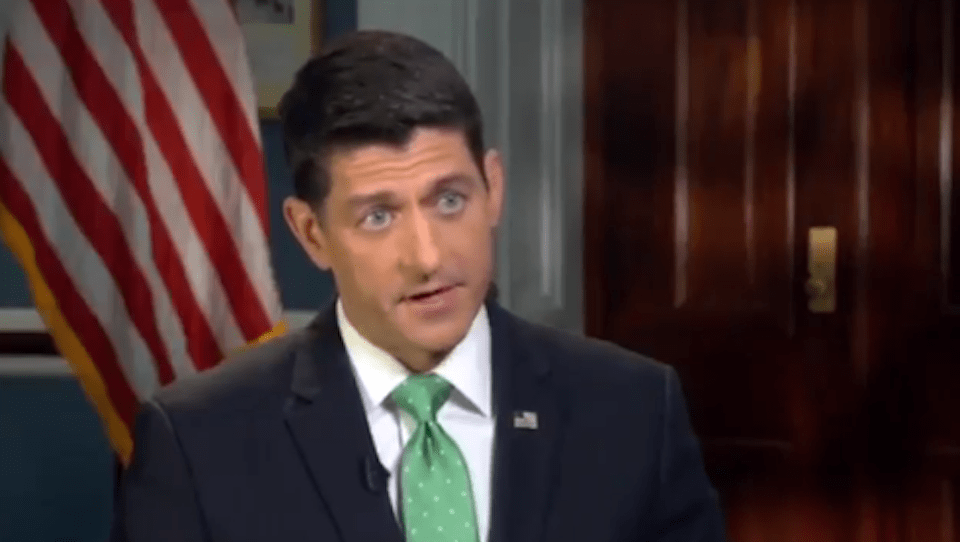 The Republican health care plan would force millions of Americans to lose their access to health care. But Speaker Paul Ryan says they'll simply choose not to have it.

One of the biggest lies Republicans are telling about their dangerous health care plan is that millions of Americans simply do not want to have health care.

In an interview with Fox News's Brian Kilmeade, Speaker Paul Ryan dismissed the finding of the Congressional Budget Office that under the Senate's version of the bill, 22 million more people would be uninsured. According to Ryan, that's not because the bill allows insurers to discriminate against undesirable patients or because it cuts Medicaid expansion so fewer people will be eligible for coverage.

No, according to Ryan, 22 million people won't "lose" their insurance at all. They will simply exercise their freedom to choose to go without it.

"If you're not going to force people to buy something...they won't buy it." pic.twitter.com/nlgnv00RdQ

KILMEADE: Mr. Speaker, while you were in your series of meetings, the CBO came out with a score. You knew it was coming out. And a brief look shows that over the course of a 10-year period, you're gonna save $321 billion off the deficit. However, 22 million will be without coverage.

RYAN: What they're basically saying at the Congressional Budget Office is if you're not going to force people to buy Obamacare, if you're not going to force people to buy something that they don't want, then they won't buy it. So it's not that people are getting pushed off a plan. It's that people will choose not to buy something they don't like or want. And that's the difference here. So by repealing the individual and employer mandates, which mandates people buy this health insurance that they can't afford, that they don't like, if you don't mandate that they're going to do this, then that many people won't do it. It also says that if states don't expand Medicaid in the future, then fewer people will go on Medicaid in those states that don't expand in the future.

It's an absolute lie that millions of Americans who now have health insurance would choose not to have it. And Ryan knows that.

Just as he knows — or should know — that no one buys "Obamacare" because Obamacare is not an insurance plan. It's a law that requires insurance companies to offer better coverage to anyone who needs it, and it allows low-income Americans greater access to insurance through Medicaid expansion.

And contrary to Republican attacks on the health care reform, Obamacare is supported by a majority of Americans.

The Republican efforts to repeal it are not.

These are things Ryan should know. So when he says otherwise, it's because after all these years of waging war against Obamacare, he does not understand what it is. Or he is simply lying.

Either way, he is doing a tremendous disservice to the people he represents, and to the entire country — and especially to those 22 million Americans who will be pushed off their insurance if the Republican repeal plan becomes law.