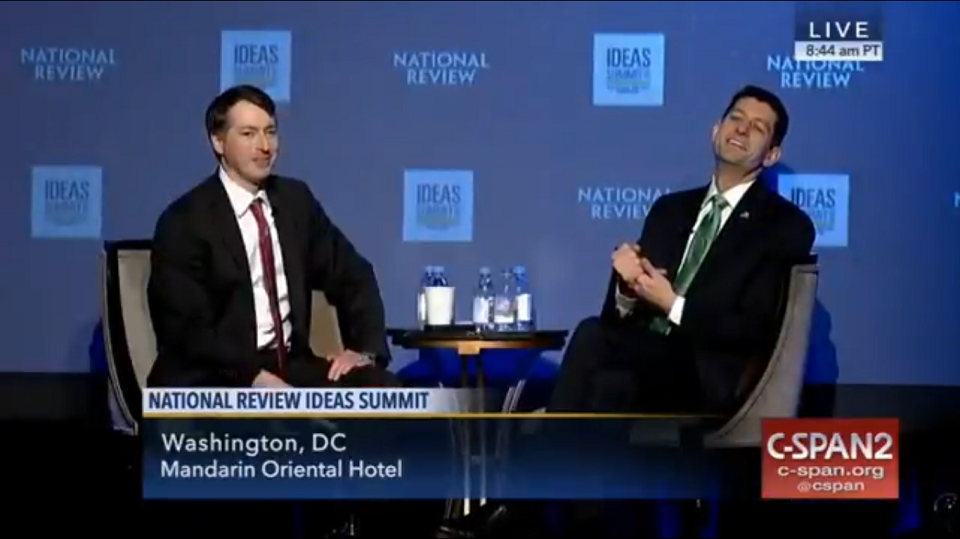 House Speaker Paul Ryan chillingly admitted to a conservative audience that he has been "dreaming" since college about cutting Medicaid for low-income Americans.

One of the key features of the American Health Care Act, the Republican plan to repeal Obamacare, is the conversion of the Medicaid program into a block grant for the states. Disguised as choice and flexibility for governors, the real-world effect of this idea would be to reduce the program’s funding, limiting its current ability to help the citizens who need it.

Some Republicans have expressed concerns about this approach, such as Massachusetts Governor Charlie Baker, who noted in a letter to lawmakers several months ago: "States would most likely make decisions based mainly on fiscal reasons rather than the health care needs of vulnerable populations and the stability of the insurance market."

Furthermore, it would end up contributing to the 24 million people the Congressional Budget Office projects will lose coverage if the Republican plan becomes law.

But this is apparently a feature, not a bug, and one of which House Speaker Paul Ryan (R-WI) is particularly fond.

Speaking at the National Review Ideas Summit, Ryan told conservative writer Rich Lowry that he has been "dreaming" about gutting the funding for the Medicaid program "since you and I were drinking out of a keg."

LOWRY: You have been very clear for years, and we’ve seen compelling Powerpoint presentations about how the entitlements — entitlements growing out of control, is driving the country into a ditch on the debt.

LOWRY: And we have a President of the United States who basically seems pledged not to touch entitlements. Where does that leave us?

RYAN: So, the health care entitlements are the big, big, big drivers of our debt. There are three: Obamacare, Medicaid, and Medicare. Two out of three are going through Congress right now. Two — so, Medicaid, sending it back to the states, capping its growth rate. We’ve been dreaming of this since I’ve been around — since you and I were drinking out of a keg.

RYAN: I was, I was! I've been thinking about this a long time.

Previously, Ryan was caught on camera laughing about people losing their access to health care when asked about constituents who have shown up at town hall meetings to voice their concerns about what effect this legislation will have on their lives.

Most people go to college in order to better themselves, and in some way, use that knowledge down the line to better the world somehow. Now we have learned that for Paul Ryan, the dream of stripping medical coverage away from vulnerable people was his true major on campus.