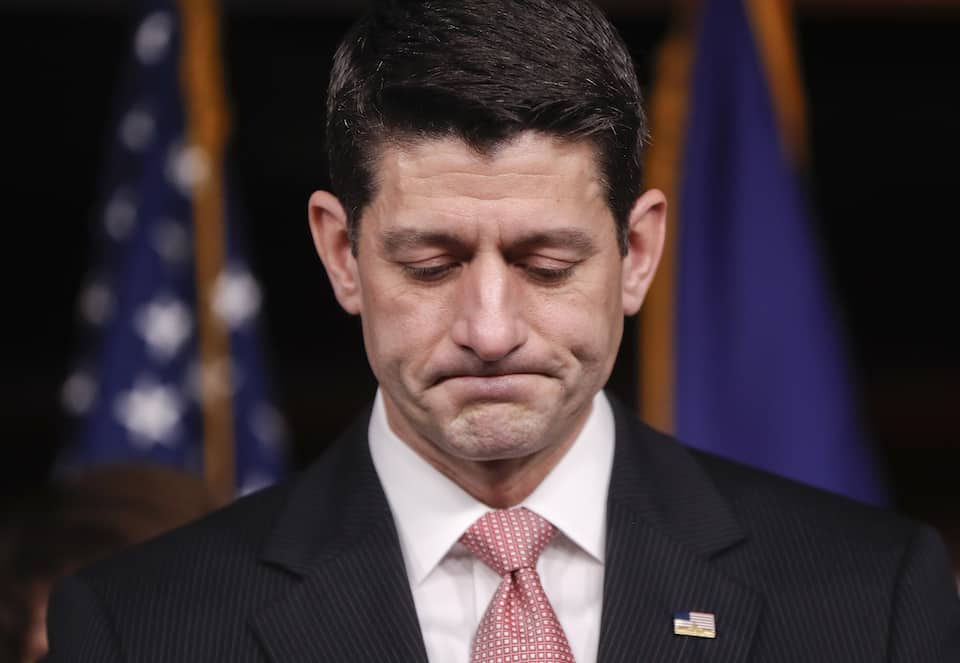 Attacked from all corners for his partisan defenses of GOP assaults on the FBI, House Speaker Paul Ryan now admits the public deserves to see the Democratic response to the Nunes memo.

The ongoing abuses of power and partisan assaults on federal law enforcement from House Republicans would not be possible without the blessing of House Speaker Paul Ryan.

Ryan has refused to condemn Trump for obstructing justice or demanding loyalty from top Justice Department officials. Instead, he has proclaimed that we need to cleanse the FBI.

He has also given Intelligence Committee Chair Devin Nunes carte blanche to promulgate his conspiracy theory-laden memo smearing the FBI in a transparent attempt to undermine and discredit investigations into Trump.

But Ryan and his fellow Republicans have come under heavy fire for undermining the nation's top law enforcement for for partisan gain.

I had many fights with Congressional Dems over the years on national security matters, former CIA Director John Brennan said Thursday. But I never witnessed the type of reckless partisan behavior I am now seeing from Nunes and House Republicans. Absence of moral and ethical leadership in WH is fueling this government crisis.

Veteran journalist John Heilemann accused Ryan of advancing the interests of Russia, and the Washington Post editorial board stated he bears full responsibility for the deterioration of congressional oversight of intelligence operations.

Democratic leaders Nancy Pelosi and Chuck Schumer blasted Ryan for his refusal to rein in his fellow Republicans, in letters that also demanded he remove Nunes from his chairmanship on the intelligence committee.

"Under your leadership, dangerous partisanship among many House Republicans seems to have taken precedent over the oath we all take to protect our nation," Schumer wrote.

Ryan scoffed that they are just playing politics because the tax cuts are working.

Faced with fury and politically boxed in, Ryan finally admitted on Friday that Nunes needs to stop blocking the release of a Democratic counterpoint memo to his own allegations.

"The speaker is in favor of greater transparency, said a Ryan spokesperson. If it is scrubbed to ensure it does not reveal sources and methods of our intelligence gathering, the speaker supports the release of the Democrats memo.

This is a major blow to Nunes. He and his committee voted to block the release of the Democratic rebuttal to his memo, authored by ranking member Adam Schiff, even as Nunes lied to his own members and changed his memos contents behind their backs. Ryans statement means that Nunes, who sold his memo in the interest of transparency, now stands alone in obstructing transparency into his own committee.

But it is also a huge humiliation for Ryan himself, who spent months insisting, even in the face of an ethics investigation, that Nunes conduct has been completely unimpeachable.

Republicans rushed into a fight that they cannot win. And Ryan, for all his efforts, has no graceful exit strategy.